One of the parents who addressed the school board with concerns about some of the books is Sara Barnard. She specifically questioned The Haters and All Boys Aren’t Blue due to what she claimed was inappropriate content in the novel.

“The explicit nature of what I’ve read is beyond amazing. I just can’t believe that it’s available for a kid because it’s damaging for them,” Barnard said.

Barnard said schools should be neutral zone for children. Although she said she supports children’s book preferences, she believes topics addressed in the books should be brought up at home instead of in school.

“I do support inclusion of all children and their preferences and all of those things,” Barnard said. “But, a school ground needs to be a very neutral area. It just isn’t the platform where [this content] should be available, bottom line. I find that that’s something for a parent, outside of the home, to be reading or having their kid read on their own.”

Rockwood parent Stacy Turner hoped to attend the Dec. 16 BOE meeting in support of repealing the mask mandate, but after not being able to get in due to capacity limits, she ended up talking to other community members about not only the mask mandate but the controversial books in the library as well.

“They’re just as angry [with the board] as I am,” Turner said.

The Dec. 16 board meeting was the first that Turner attended, but she now plans on coming to more meetings and getting involved with other causes, specifically the library book controversy.

Turner specified that even with smartphones and the internet making information more available than ever before, schools should still try to limit students’ exposure to sexual topics as much as possible, similar to how some parents put extra restrictions on their children’s devices to filter what they can and cannot find.

“It should be limited as much as possible. I don’t think it should be available if my child just wants to go to the library and pick something out. A lot of parents have their children’s phones with parent protection so they don’t see those things,” Turner said.

There have been many mixed opinions throughout the Lafayette community on the book complaints brought up at school board meetings and through official challenges to have books removed from the schools. While some people believe the topics in these books should be addressed in the home and not in school, others think that the books should not be banned for all Rockwood students.

Lingafelter said these books should be available to students.

“I believe in our First Amendment right and the freedom to read what you choose to read. All the books that are in our library are books that you may read by choice. If you don’t want to read any of the books we have, you don’t have to or are not required to,” Lingafelter said.

In addition, Lingafelter said parents should discuss these controversial topics with their children if they feel that they are uncomfortable with them reading these books. From there, a parent can make a decision on whether or not to restrict their child’s access to these books.

“I think parents have a right to make a decision on what their child reads, and if they are uncomfortable with what their child is reading, I think it’s a great opportunity to have a discussion about what it is they’re reading,” Lingafelter said. “Ultimately, if a parent doesn’t want their child to read a particular book, they can let us know and we’ll put that information on their record.”

Junior Liv Loyd has read Looking for Alaska and said restricting books only limits a student’s chance to get other perspectives.

“I’m honestly furious that there’s people that are challenging books, period. Books are stories that tell people either from fiction or from real life and help elaborate a point or a view that needs expressing towards. Banning a book is cutting off and dismissing that view point no matter how graphic or not a subject matter will be. Every story needs to be told if the author feels it’s important to be heard,” Loyd said.

Loyd also said the parents who are challenging the books are close-minded to certain aspects of society today.

“Just because a book is titled young adult, doesn’t mean it’s just targeted towards teenagers. It’s referring to the age of the character present in the novel,” Loyd said. “the school isn’t ‘pushing an agenda,’ it’s rather the parents ignorance and lack of wanting to learn or [lack of] being open-minded with how society is being shown today.”

Your donation will support the student journalists of Lafayette High School. Your contribution will allow us to purchase equipment and cover our annual website hosting costs. 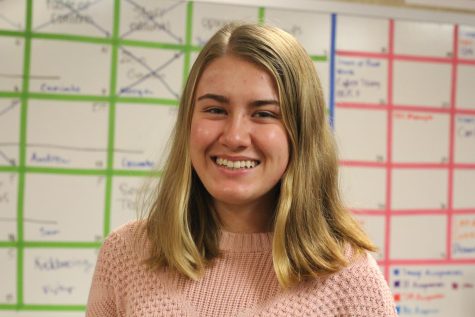 Devan is a senior and this is her first year on the news production staff. In addition to writing for the Lancer Feed, Ellison can be found playing flute in the band, swimming with the swim team and playing water polo. She can be contacted at [email protected] 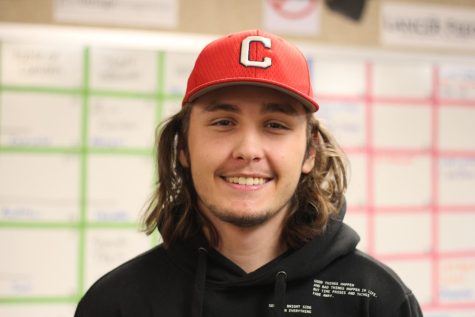 Andrew is a sophomore and this is his first year on the news production staff. When he's not working or writing, he can be found training for sports, including golf, baseball or bowling. He can be contacted at [email protected]

Jack is a senior and this is his second year on the news production staff. When he’s not writing and reporting, Daws can usually be found watching TV, volunteering or spending time with his friends. He can be contacted at [email protected]

The Lancer Feed staff reserves the right to delete the contents of comments which it deems inappropriate. To write a letter to the editor, send us an email at [email protected] or contact any of our staff members through their emails found on the staff profile pages.
All The Lancer Feed Picks Reader Picks Sort: Newest
Loading Facebook Comments ...