Wrestlers battle for place on mat

The boys wrestling team prepares for season, challenging each other 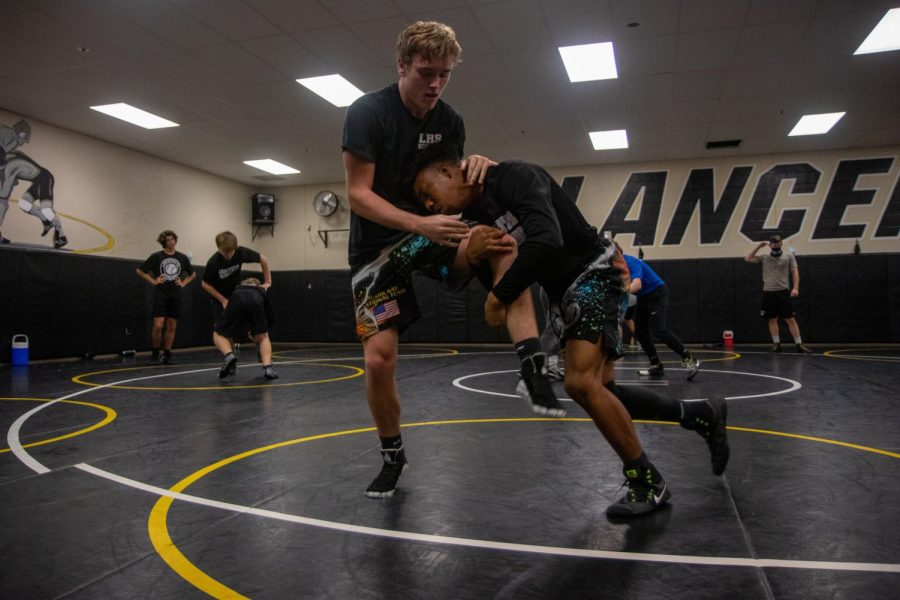 During practice, senior Na’zir Dent takes down junior Max Doehring. Dent took down Doehring in a challenge match for a spot on the varsity lineup. Dent will compete in the 152 pound weight class in the first duel of the season at Timberland on Dec. 1.

Last season, the boys wrestling team placed fifth in the Class Four State Championship. This season, four State qualifiers will return and they have even gained a transfer from Illinois who won a State Championship over the river.

But this season has not been a typical year for these wrestlers. With COVID-19, Head Coach Joe Wier said the responsibility for the wrestlers to continue their season lies in their own hands.

“[If] they go to parties they’re putting the team on their backs. Basically anywhere they go, the rest of the team goes,” Wier said. “We’ve already had a situation that came up because of someone going to a party. They have to realize that they’re not only ruining their season, but they’re also going to ruin everybody else’s season.” 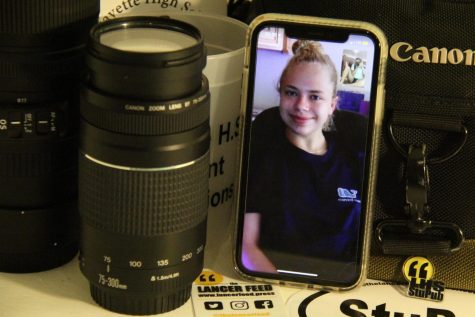 Sophia is a senior, and this is her third year on the news production staff. If she's not taking photos, she can be found playing lacrosse, collecting vintage typewriters, reading or cuddling with her dog. She can be contacted at [email protected]