Returning players prove they are threat to other St. Louis area teams 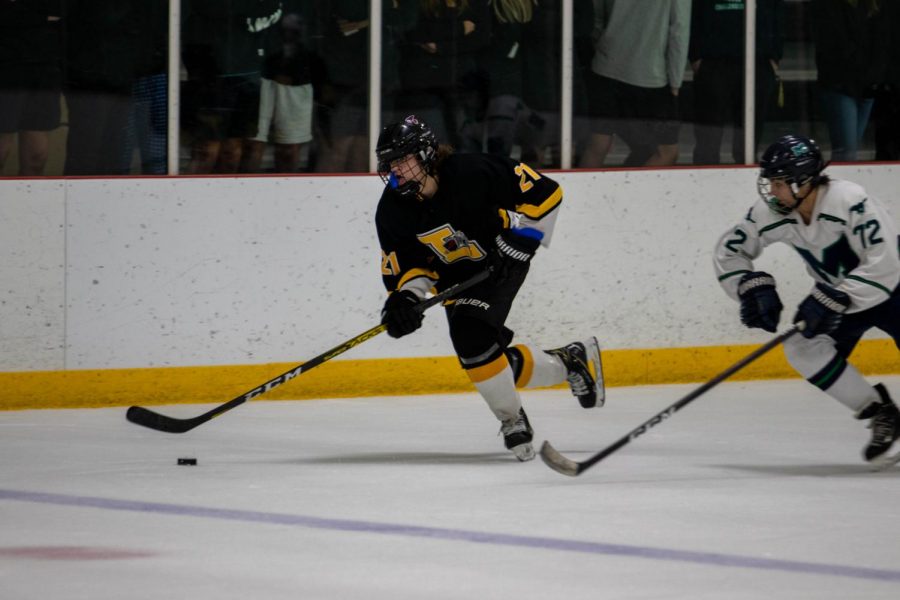 Senior Ryan Duggan races down the side of the rink with the puck against a Marquette defender in a pre-season game. The Lancers won their first regular season game against Kirkwood High School, 4-2, and will play DeSmet on Dec. 4.

In the past, Lafayette hockey has been known to take on the ice in an aggressive way, making themselves a known threat for other teams. Whether near the very beginning or the very end of the season, the Lancers can hop on a winning streak so long that it takes them to the very top of the Conference.

In 2018, one of those win streaks helped boost the team to the Wickenheiser Cup Championships at Enterprise Center, where they beat Duchesne 4-2 to claim the title. After that win, the team moved to the Municipal Conference to play more difficult teams.

While they didn’t win the cup, the team ended their season with a 14-11-3 record. This season, however, they are more familiar with their opponents and look forward to winning more games.

The team kicked off this year off with a pre-season that began in August. They won three out of the four games they played, even though they were supposed to play a total of five games.

Junior Dane Kemp said, “[Our team is] rolling into their season with high spirits because their pre-season games have been well, we are a top contender in the surrounding area.”

Kemp also believes with the coaching staff and senior leadership on the team, Lancer Hockey is bound to have a great season despite any stresses that COVID-19 may have caused.

“The captain Jack Thomas fills the role perfectly, [he’s] able to enhance the moral and play-style of his teammates for the better,” Kemp said.

Kemp said the new restrictions will not stop the team from dominating in the regular season, and hopefully the post-season.

The team played its first regular season game against Kirkwood on Nov. 28. After a difficult battle against the Pioneers, the Lancers came out with a 4-2 win. Sophomore Andrew Knapp led the team in goals scored, having two on the night. Additionally, senior Ryan Duggan and junior Luke Carrico each had one goal.

Their next game will be on Dec. 4 against the DeSmet Spartans at Maryville Ice Center. The puck drops at 9:30 p.m.

Your donation will support the student journalists of Lafayette High School. Your contribution will allow us to purchase equipment and cover our annual website hosting costs. 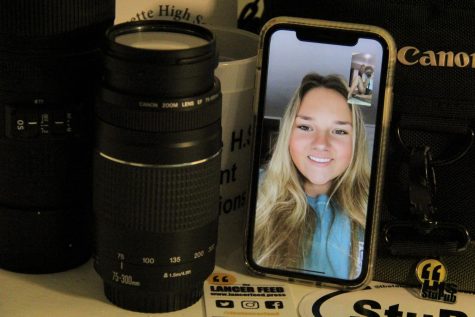 The Lancer Feed staff reserves the right to delete the contents of comments which it deems inappropriate. To write a letter to the editor, send us an email at [email protected] or contact any of our staff members through their emails found on the staff profile pages.
All The Lancer Feed Picks Reader Picks Sort: Newest
Loading Facebook Comments ...