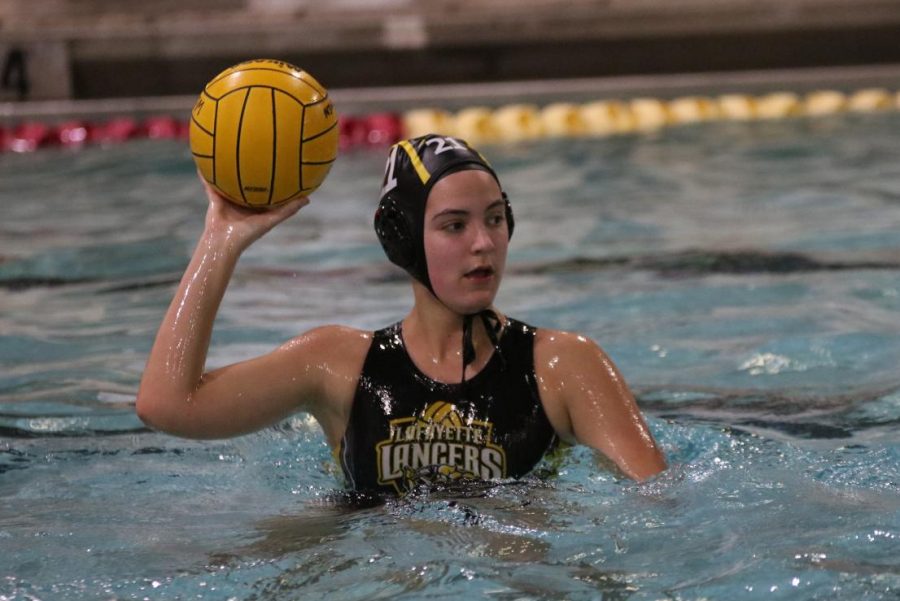 During the March 26 girls water polo game, sophomore Sophie Arceneaux looks to pass to a teammate down the pool.

The Lafayette boys water polo team was supposed to have its first match on March 23 against Parkway Central at Lafayette, but that was quickly canceled on March 15 when all games and practices were postponed due to the coronavirus.

The girls water polo team was supposed to have their first match on March 30 at Ladue, but that was canceled along with others. Games against teams like Marquette and Oakville were canceled all the way through April 30 and that includes the Lafayette’s Women Invitational at Lafayette on April 16 through April 18.

Senior Blake McCarthy is a captian on the varsity water polo team. The team has been affected by the closing of the Rockwood School District.

“COVID-19 basically ended our season at this point, cancelling almost all our games,” McCarthy said. “Also most pools are closed so our team has been doing dry land exercises and attending club teams’ online practices.”