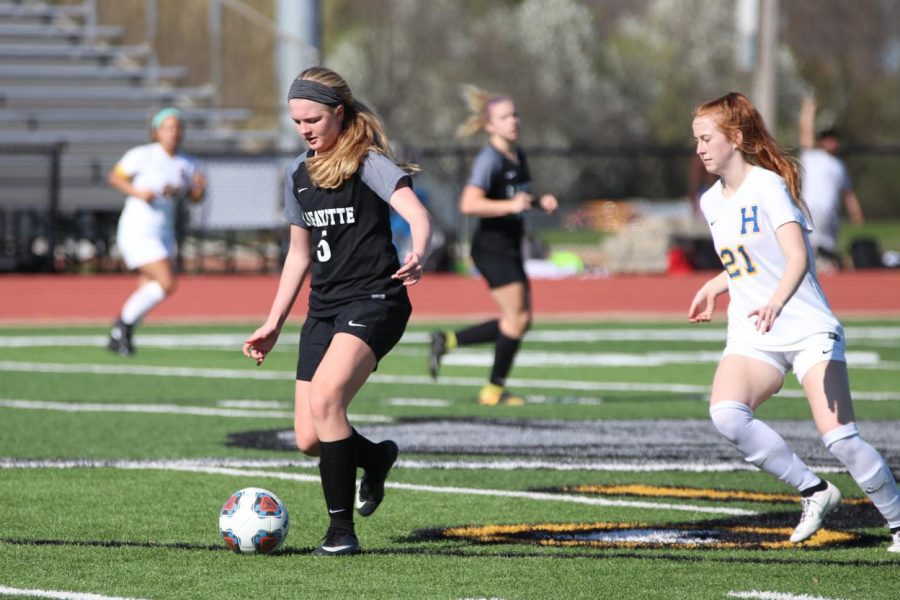 Dribbling down the field during the April 8 girls soccer game against Francis Howell, sophomore Brynn Jeffries avoids Viking defenders. Jeffries had one assist in the Lancer’s 3-1 win.

The girls soccer team finished the season with a 15-3 record. Although they only lost two games in the regular season, the Lady Lancers fell to Marquette in the first round of the District Tournament 2-1.

The team defeated the 2018 Class 3 runner-up Incarnate Word 2-1 on March 26 to as well as the 2018 Class 3 third place finisher and Eureka 3-0 on May 2. In the Lady Lancer’s victory over Incarnate Word, Howard scored both goals and four points. In the victory over Eureka, Howard scored one goal while senior Kendra Erickson and sophomore Alexis Drbul scored one goal each.

Donate to The Lancer Feed
$390
$3000
Contributed
Our Goal
Submitting donation...