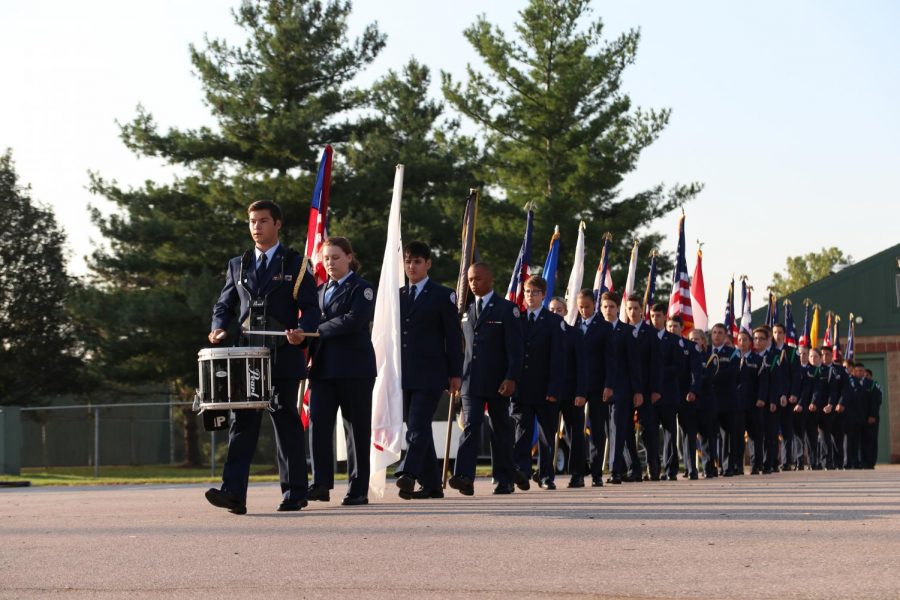 On Friday, Sept. 10, the Air Force Junior Reserve Officer Training Corps (ROTC) will conduct its annual Patriot Day Ceremony at 7:50 a.m. on the football field, in honor of the 20th anniversary of Sept. 11, 2001.

Sept. 11 this year will be exactly 20 years since the terrorist attacks occurred in 2001.  On Sept. 11, 2001, multiple planes were hijacked by terrorists, resulting in thousands of deaths. Two planes crashed into The Twin Towers at the World Trade Center in New York. Along with this, a plane crashed into the Pentagon. There was also Flight 93, which crashed in a field in Pennsylvania after a group of passengers on the plane fought the hijackers and prevented the plane from being crashed in a third, unknown location. According to history.com, there were a total of 2,996 reported deaths that occurred due to the attacks on Sept. 11, 2001. Soon after the attacks, the U.S. sent troops to Afghanistan in 2001, in opposition to the Taliban, who were responsible for the attacks. Annually, on Sept. 11, America honors those who died on Sept. 11, 2001, as well as all those who died serving in Afghanistan.

The ROTC performance will start with cadets carrying 18 to 20 flags, each representing different historical significance. Each of the cadets will grab one flag and get in formation. Once the ceremony begins, the cadets will march out with their flags. Then, three cadets will raise the U.S. flag to the top of the flagpole and then lower it down to half staff in respect for all those who passed away during 9/11.

Area military recruiters and first responders have also been invited to be recognized as part of the ceremony and also join ROTC members for breakfast after the event in the Commons.

This will be senior Gary Strozewski’s fourth year to participate in Lafayette’s 9/11 ceremony.

“It’s honoring something that is a very big part of American history. It’s just something that I feel like everybody should honor because it’s a horrible thing that happened, and [people who passed away or responded to the attack] deserve to be honored for it,” Strozewski said.

“Those of us who served did so for the purposes of providing hope for the people of Afghanistan. Regardless of the outcome, we would have been there for them to provide a glimpse of what the outside world and freedom have to offer them. We plant the seeds of hope to the oppressed and stand in defiance of hate,” Smith said. “I have believed this all my life and have stood alongside others that believe the same.  It has been my honor to do so, and we remember those that have given all they have to that end.  There will always be a need.”