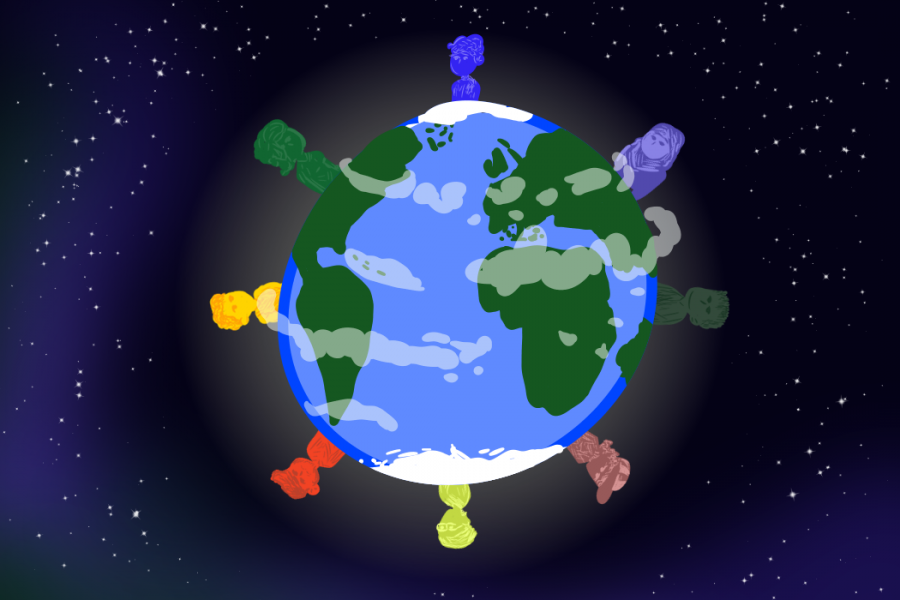 Both freshman Yasmin Hassan and sophomore Pooja Reddy are first generation Americans, both of their parents came to the Unites States in hopes of pursuing a better life for their children.

“There’s this stereotypical thing where you don’t have a culture and you do have a culture. So there’s never really a right place to stand. I ‘d rather have my kids live how I live and see how I see because I think having two different cultures is the best way,” freshman Yasmin Hassan said.

Many LHS students that have grown up in the United States have parents who were born in a different country. These students are amongst a group of individuals known as first generation citizens.

Sophomore Pooja Reddy’s parents came to the United States from South Asia over two decades ago.

“They came over to America 20 years ago and that was right after they had gotten married in India. They came for a better education. They thought there were more opportunities and a better life here because of the growth that they saw and the prosperity.”

Along with opportunity, many immigrant parents come to America in hopes to give their children a better future.

According to an article written by The Sundial, children with immigrant parents might face the constant need to seek approval and to act responsible along with having to embody the idea of living how their parents had envisioned.

“One of their main philosophies is that as long as you are succeeding in education and other things, you are allowed to do whatever you want, and because of that, I’ve always had this mindset that school comes first before any of my friends,” Reddy said.

Some immigrants see the United States as a good place to raise a child and decide to come to America in hopes of bettering the potential future and opportunities for their children.

Around the same time as when Reddy’s parents came to the United States so did Hassan’s.

“My parents came to America about 20 years ago. My father lived here in St. Louis, and my mom was living in Canada, so she came into the United States for him, and I think she was being conscientious of the life of her kids and the difference it would be over there in Somalia to here in America.”

Hassan and Reddy both agree that they want to raise their children in America, but with the same cultural aspects they grew up with.

“You just get to see different sides of the world,” Hassan said.

Another first generation student at LHS is junior Poul Brignets. Brignets’ mother, art teacher Lyubov Brignets, came to America 25 years ago with her husband in search of freedom from religious and political persecution.

“I wouldn’t say it was easy [emigrating to America], especially the first 5 years. There were a lot of adjustments that needed to be made,” Lyubov said. “When I came to the United States, I spoke no language, so I had to learn the language. It was a tough time, but I don’t regret it.”

Although Brignets said being a first generation citizen doesn’t really affect him, he does believe it has been beneficial in ways.

“I think it gives me a lot more insight to other people. I consider myself pretty naturalized, but I understand other people,” Brignets said.

Lyubov agrees that a person does feel different and faces complications as an immigrant, but there are more positive effects about it than there are negatives.

“Well, of course you do feel different and you do feel out of place, and even living [in America] for more than 20 years, I still sometimes feel it. So yeah, it’s there. I think it will be there until the end of my life,” Lyubov said.

Students whose parents grew up in a completely different culture understand how distinctive their way of life can be but appreciate the individuality of themselves and the history of where they come from.

“I think for those who are different or of different cultures or ethnicities, you just need to embrace who you are, don’t try to keep suppressing your identity because that is true to oneself. And if you want to grow up happier, I think it is important to understand your background and culture,” Reddy said.

To hear more about Hassan and Reddy’s experiences as first generation Americans, listen to this episode of Listen in where the girls further describe the struggles they have faced.