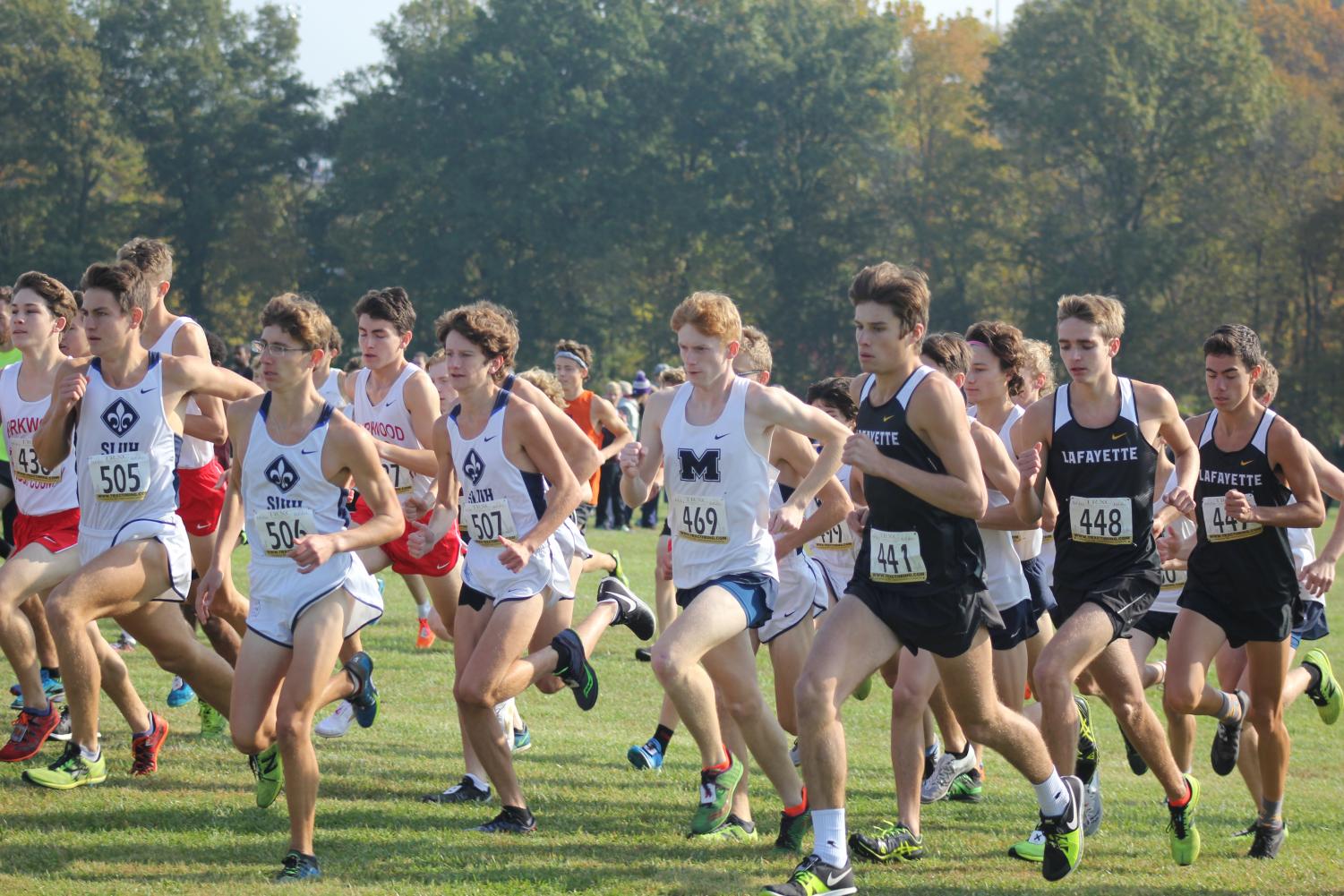 The Lancers compete in Sectionals of 2018's Class 4 run to State. (Zachary Grellner)

The Lancers compete in Sectionals of 2018's Class 4 run to State.

For the first time in five years, both the Lafayette boys and girls cross country teams will travel to compete in the Missouri State High School Association (MSHSAA) Class Four Cross Country State Competition. Both teams will race in Columbia, Missouri on Nov. 9. 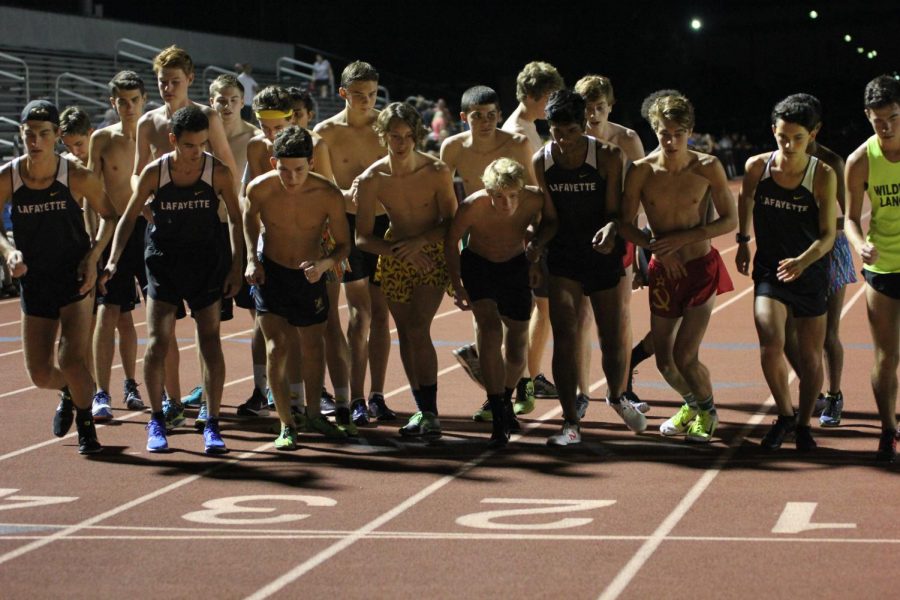 The boys cross country team prepares to start their first timed run of the season in the time trials.

For the eighth year in a row, the Lafayette boys cross country team will travel to Springfield, Missouri to compete in the MSHSAA Class Four Cross Country State Championships.

Over the years, the mental and physical preparation for State has been very similar. But for this year, Head Coach Sean O’Connor attributes it to the hard work that was done all the way back in June. “They’ve put in a lot of time, miles and hard work to get to this point,” O’Connor said. “The entire team has worked really hard and pushed each other to be the best they can be.”

The team this year was also different. When the team placed 5th in State last year, there were more seniors who led the team. However, with fewer seniors who are competing, there are new runners ready to stand up and lead this team.

Two of them are seniors Aiden Murphy and Alex McMillen.

McMillen has been running with the team ever since freshman year, and has seen change throughout the last four years. “It’s definitely been a big change in the team dynamic,” McMillen said. “Last year I didn’t think of myself as a leader, but now I’ve taken that role on as one of the older members of the team.”

Despite a knee injury that caused him to stop running a month ago, McMillen still placed 13th at Districts and 36th at Sectionals, allowing the Lancers to keep moving forward to State.

“I’ve been performing well, but not as well as I would’ve liked to at the beginning of the season. I’ve accepted the fact that I’m not going to run as well, but I’m doing my best to help contribute to the team,” McMillen said.

In Districts, the Lancers placed in 3rd, and then went on to place 2nd in Sectionals. However, they hope to move past that and rank 1st. “This year, we’ve really struggled with having all five of our top runners place in the race,” McMillen said. “We’re hoping that at State we can put together a good race where we all have a good day, and I definitely think we can get into the top four.” 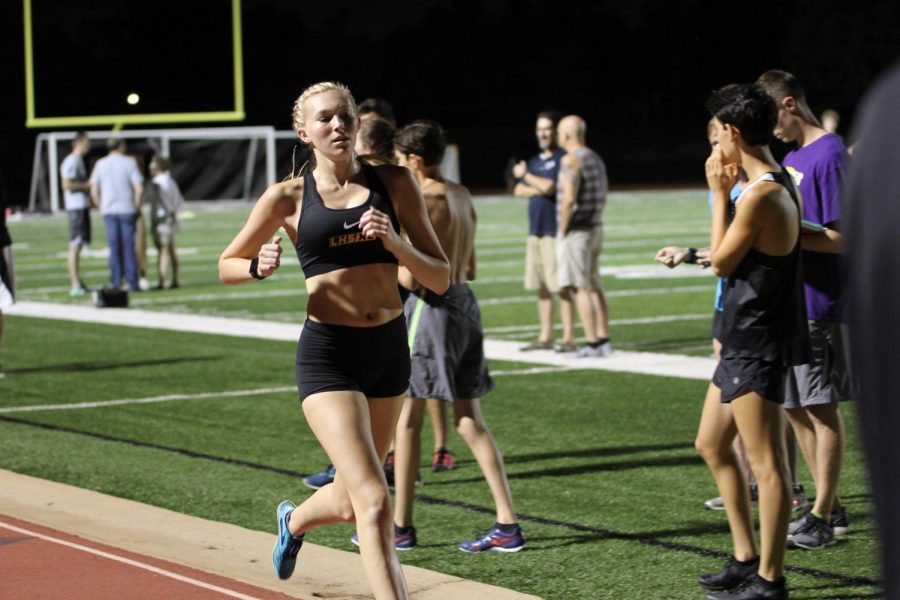 The Lancers girls cross country team has not gone to State since 2015. This season however, they’ve placed 3rd in both Districts and Sectionals, and are ready to vie for the chance to take 1st place.

In order to prepare for State, the girls have intensified their workouts. Junior Hope Ware has been running with the team for three years, and has noticed the change.

The team has also watched videos on YouTube in order to visualize and mentally prepare for their runs.

“We know what we have to do, we just need to execute,” Ware said.

Ware has led the team in running throughout the season, placing in 11th at Districts and 13th in Sectionals. She attributes part of her success to the team dynamic.

“Our team leaders have really stepped up and lead the team in many positive ways,” Ware said. “We have really worked well together creating a positive team environment.”

New to the varsity team this year was freshman Elissa Barnard. In her postseason runs, Barnard placed 22nd in Districts, and 35th in Sectionals.

“This is one of my first years running cross country, so it’s been really cool to see what I can do. I especially want to help my team move forward.”

Also new to the team this year was freshman Grace Tyson. Tyson placed in 1st in both Districts and Sectionals, and she also leads in the fastest long course time for girls in the St. Louis area.

“It’s been really cool having Grace Tyson there, she’s great to run with,” Barnard said. “All of the juniors and seniors who run are amazing too. It’s really fun seeing how great they are and trying to live up to them is really cool.”

Barnard is hopeful that her team will find the missing ingredient to their success. 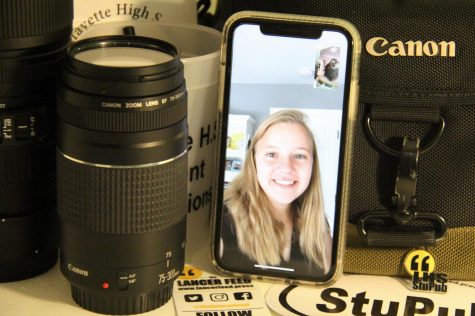 Morgan is a junior, and she is serving as an Assistant Editor in her third year on the news production staff. When she's not in the newsroom, Vehige can be found playing softball, reading or attending a local youth group. She can be contacted at [email protected] 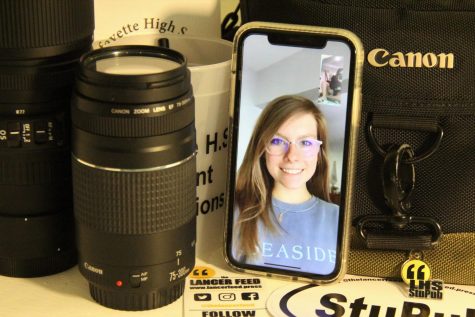 Hannah Fitts is a junior, and this is her third year on the news production staff where she is serving as one of the Assistant Editors. Outside of the classroom, she enjoys staying active and plays for both the Lafayette soccer and racquetball teams. Fitts can be contacted at [email protected]