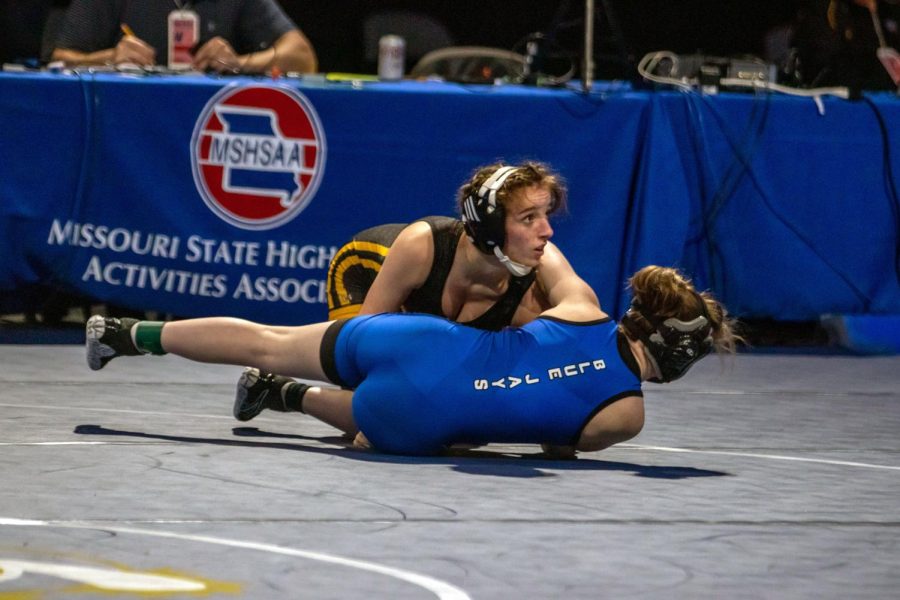 Boys Basketball
Starting off the week, the Lancers took on Pattonville on Feb. 15 at home and lost, 70-55. The boys then faced Mehlville for an away game on Feb. 18, winning, 55-51. The boys have two games left in the regular season, playing Francis Howell Central Feb. 22 at home at 6 p.m. and then against Troy Buchanan for an away game Feb. 23 at 5:30 p.m.

Girls Basketball
The Lady Lancers went up against the Cor Jesu Chargers Feb. 16 and lost, 47-25. While the team was scheduled to play the McCluer North Stars Feb. 18, the game was canceled due to inclement weather, and has not been rescheduled. On Feb. 22, the Lady Lancers will face off against the Francis Howell Central Spartans at home at 4:30 p.m.

Hockey
The Lancers moved to the Wickenheiser Cup semifinals following their 5-3 win against the Seckman Jaguars Feb. 14. In that game, the Lancers were down 3-1 going into the third period with the only goal from senior Shane Robinson. But, in the third period seniors Luke Carrico and Robinson, junior Andrew Knapp and sophomore Greyson Eble all scored to put the Lancers ahead 5-3. In the first round of semifinals, Lafayette will take on District rival Rockwood Summit on Feb. 25 at 6 p.m. and the second game against them will be on Feb. 26 at 6 p.m. Both games will be played at the Centene Ice Center.

Girls Wrestling
The Lady Lancers placed third as a team in Class 1 at the MSHSAA Girls State Championships over the weekend. Senior Faith Cole won the State championship, making her the first four-time undefeated Girls State Champion in Missouri history. Her undefeated season ends with a career record of 117-0. Freshman Hannah Henderson placed third overall.  “I am so honored to be able to be the first to hold this title. The state of Missouri and the wrestling community are the ones that have made this possible. All of my team and my own hard work has paid off so far,” Cole said.