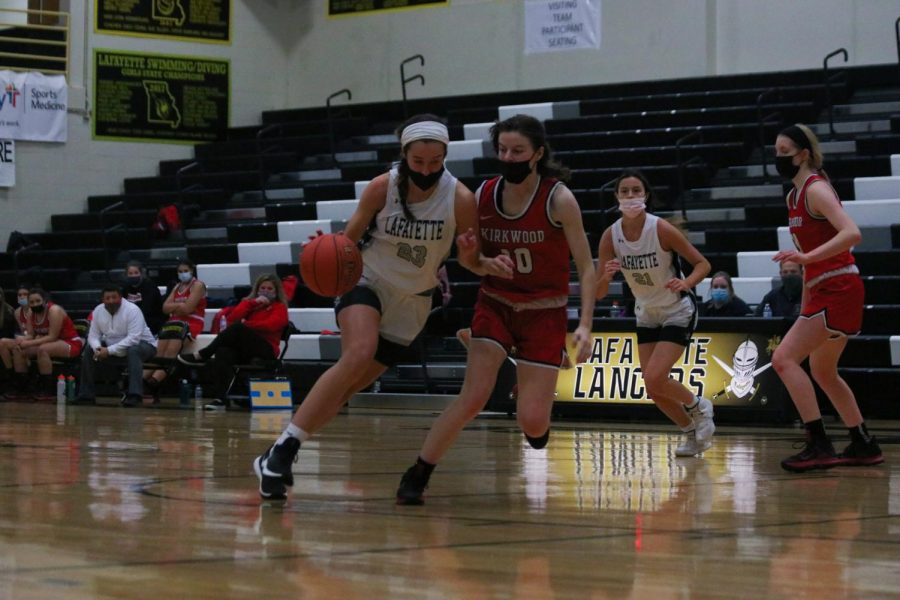 In the fourth quarter, junior Lily Zehner dribbles the ball past the half court line. The Kirkwood defense fell short on Jan. 5 when the Lady Lancers scored 51 points.

In their first game back from Winter Break, the Lady Lancers faced the Pioneers again on Jan. 5. This time, they took down their opponents, 51-44.

The game started rough for Lafayette with Kirkwood posting seven points before the Lancers even got on the board. However, the offense stepped up and the Lancers were leading by the end of the first quarter.

Senior Brynn Jefferies led the offense with 17 points, senior Katie Reed followed with nine and juniors Rachel Delaney and Lily Zehner each had eight. Delaney posted six of her points by free-throws. She also led the Lady Lancers with five rebounds.

After reaching the midway point of the season, the team takes on Seckman at home on Jan. 14 at 5 p.m.