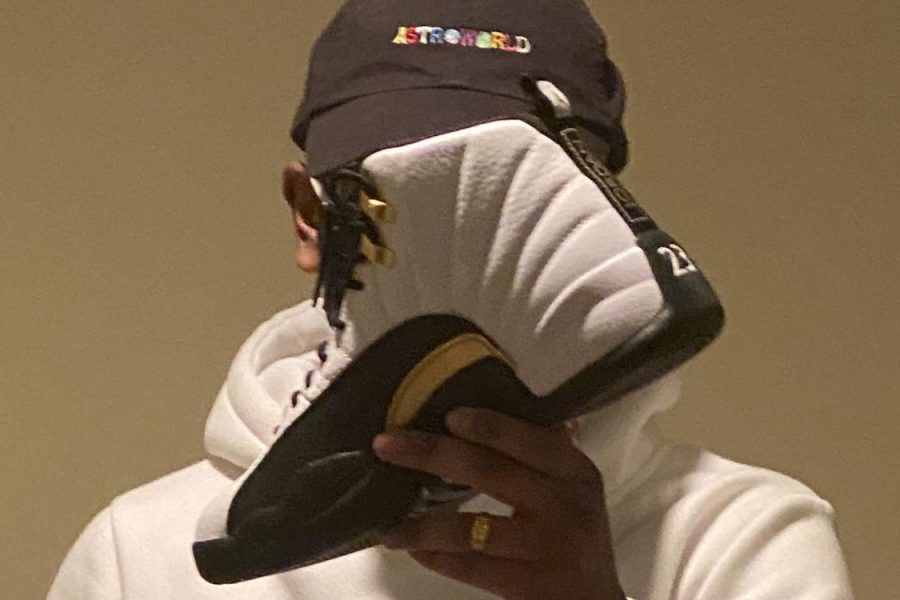 Jordan and Supreme shoes are icons of Hypebeast culture. While buying these products are not a problem, when you buy them as frequently as Hypebeasts do, it becomes problematic.

Walking around campus, there are a couple of guarantees. Besides kids on their phones and people crying in the corner thanks to chemistry, one guarantee is Hypebeasts. Wearing Supreme on their shirts, Airpod Pros in their ears and Yeezys on their feet, this epidemic runs rampant through high schools in the U.S.

According to Merriam-Webster, the term Hypebeast “refers to a person who is devoted to acquiring fashionable items, especially clothing and shoes.” Their pursuit of fashionable, trendy products is often fueled by the social clout gained by acquiring these goods (even to the point of buying a brick with Supreme stamped on it for internet likes). Trying to look cool is a universal high school experience no matter the time period. Trying to look cool has been around since cavemen comparing who had the coolest animal pelt. But the reason why Hypebeasts are a new concept is that our corporate overlords have added consumerism into this already complicated problem.

Hypebeast culture is based on wearing the new thing while it’s still fashionable, but the problem is: stuff doesn’t stay fashionable for long.

The fast fashion industry has made sure of that. Fast fashion is a term that describes businesses replicating the newest fashion from the catwalk and putting it on shelves. While this sounds unproblematic, the garments produced are meant to be worn a couple of times and then discarded.

So when Hypebeast culture mixes with fast fashion, the outcome is disastrous. Besides being catastrophic for their parent’s credit cards, Hypebeasts contribute to huge environmental damage. Due to wearing the newest clothes and then throwing them away the second they aren’t fashionable, landfills are filled with clothes. Synthetic, plastic fibers go into water sources, and the fashion industry’s carbon footprint increases. So if this trend doesn’t help wallets or the environment, who benefits from Hypebeast culture?

The answer is simple; our corporate overlords benefit. Hypebeasts are inherently materialistic. The cycle of buying new clothes, throwing them away, and then buying another set of new clothes feeds the voracious fashion industry more and more money. Instead of people saving money by buying clothes that can be used for years, people buy clothes that can be used for days.

This obsession with material goods is our environment and it’s been shown to hurt our mental health. According to Knox College psychologist Tim Kasser, “We know from research that materialism tends to be associated with treating others in more competitive, manipulative and selfish ways, as well as with being less empathetic …[M]aterialism is associated with lower levels of well-being, less pro-social interpersonal behavior, more ecologically destructive behavior, and worse academic outcomes. It also is associated with more spending problems and debt.”

Corporate materialism has put its black and sinister stain on pop culture. This ink stain that is Hypebeast culture has trickled its dark mark into our environment and mental health. Corporations such as Apple, Nike and Adidas have made materialism trendy. Rather than getting happiness from hanging out with friends or playing with pets, corporations have created a new social dogma that has conditioned teens to get a dopamine boost from getting new shoes.

Thrifting is the process of finding and wearing older, used clothes. They allow old clothes to get a new life. Rather than going to a landfill after two uses, thrifted clothes can be worn for decades and then can be transferred over to another person’s wardrobe. This all happens at thrift stores. Clothes are donated to thrift shops and then new owners are able to buy these pre-owned clothes for a very cheap price. This keeps the garments from going to a landfill and prevents another piece of clothing from being made and bought in its stead. This is helping offset the damage caused by Hypebeast Culture.

But let’s bring it back to our high school halls. In the past couple of years, you might have only seen Supreme shirts and Yeezys populating our hallways, but now we might see more thrifted clothing living in our hallways instead of living in our landfills.