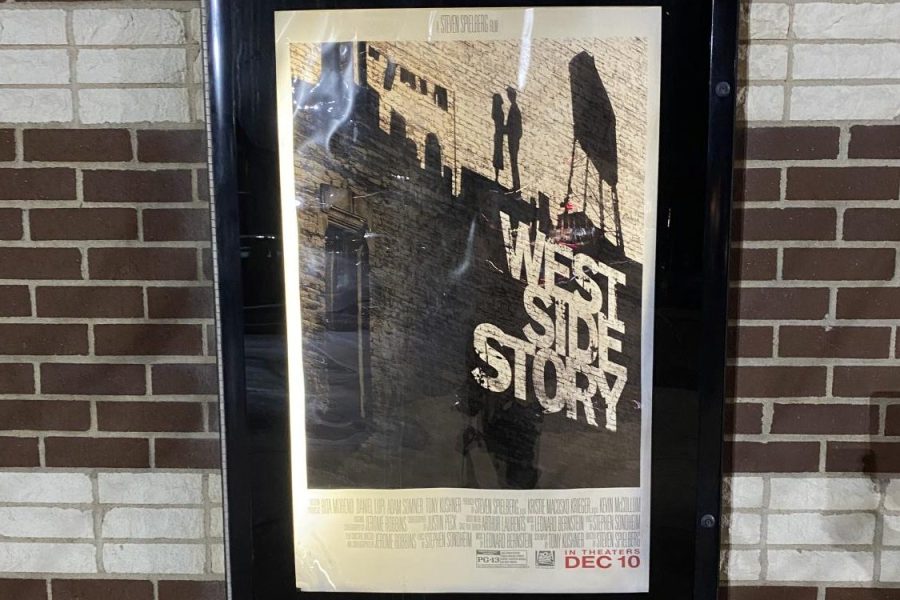 West Side Story, which was released on Dec. 10 is set to be released on Disney+ in January 2022 but is in theaters now. (Photo distributed by 20th Century Studios)

In a year with so many musicals turned into films, to close out 2021 with a classic like West Side Story felt like the perfect little red bow on top of a present–if that present was a beautiful heartbreak.

For anyone who has yet to have the pleasure of seeing Ansel Elgort’s Tony and Rachel Zegler’s Maria, or the live musical, it’s a whirlwind of emotions and pirouettes that feels incomplete when the credits begin to roll.

When it comes to a musical that is still relevant 70 years after its original opening night, it must be doing something right. And while it definitely could be the music, whether it be the dreamy ballad that is One Hand, One Heart, or the high energy dance number America, I truly think there is more to the attachment to West Side Story than the music.

When any actor is being trained for the big screen, they are taught to almost become the emotion the character is supposed to be feeling. On stage, those feelings must come across as real, so to watch Ariana DeBose’s Anita show real heartbreak, the audience feels it as well, as if  we were watching it happen in the same room. That kind of real acting talent is evident throughout the movie and keeps the audience engaged.

And, in addition to the familiar music, a musical must have quality dancing. In this version, there is no question this cast has some serious dance skills. Between the Broadway training and the past Dancing with the Stars experience, the number come alive on screen.

Still, one of the best parts of the movie were the tiny details like the smart use of the costumes. For example, in the gym scene, all of the Americans are in different shades of blue and gray and all of the Puerto Ricans are in maroons and reds. But by the pre-rumble scene, everyone has kind of kept this look, or is in some version of beige. But Maria wears a baby blue dress. This is a subtle, yet significant way of showing how she feels like she stands out a little differently in her community, but it also shows that she has no hate toward the other side.

West Side Story is not for the faint of heart. In the barely two days that this storyline takes place, the audience watches the main characters experience the highest of  highs, and lowest of lows in a very emotional ride.  It is truly a captivating experience that left me speechless after watching Maria lose herself to the hate she didn’t know she could have.

And that is your little red bow on top of the present that is the 2021 cinema. Only this time, it has a little blue bow right beside it. Take this time over break to get to the theater and enjoy this gift.