‘Shang-Chi and the Legend of the Ten Rings’ elevates expectations for upcoming Marvel movies, executes every aspect brilliantly 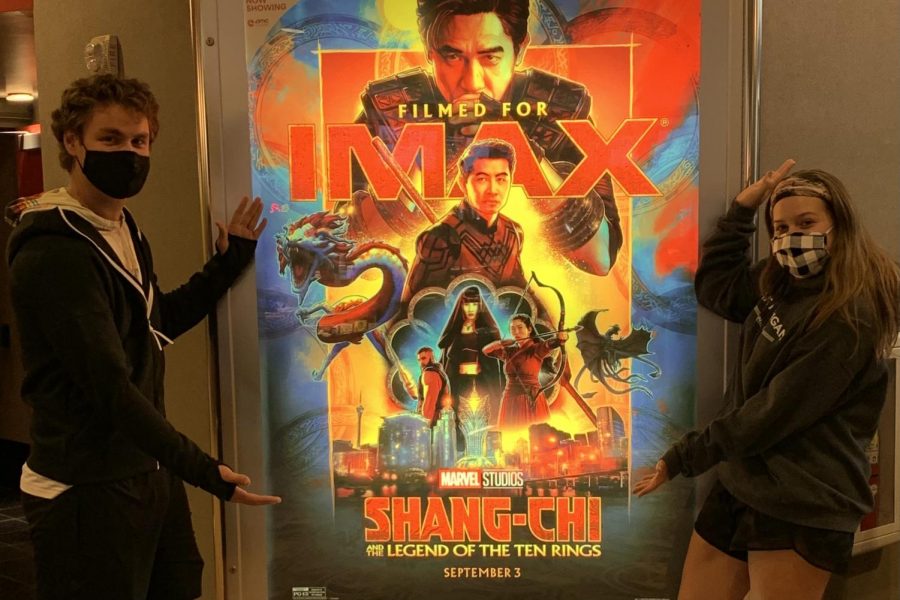 'Shang-Chi and the Legend of the Ten Rings' was released to theaters on Sept. 3, 2021. It has since earned a 92% on Rotten Tomatoes with a 98% audience score.

As we walked into the AMC theatre on the opening night of Shang-Chi and the Legend of the Ten Rings, we honestly weren’t expecting to see anything more than a typical Marvel superhero movie. We left the theatre practically vibrating with excitement and anticipation for the next movie.

While the movie checked all of our “good superhero movie” boxes, it also ripped up our list and gave us even higher standards for movies of the Marvel Cinematic Universe (MCU). We were simply blown away by the sheer intensity and level that the entire movie operated on.

The Ten Rings organization is a familiar name for Marvel fans as it was introduced in the first Iron Man movie when the organization kidnapped Tony Stark to blackmail him into crafting them a deadly weapon. In this movie, Shaun/Shang-Chi (Simu Liu), finds himself wrapped up in a dark past he has spent half his life running from as he is pulled back into the Ten Ring’s web via his father’s pursuit. Shang-Chi’s best friend, Katy/Ruiwen (Awkwafina), and his estranged sister, Xu Xialing (Meng’ er Zhang) also join him in his journey.

We can’t start off a review of this movie without talking about the action. The fight scenes in the film were plentiful and skillfully executed. The incorporation of martial arts made every second the characters were in combat engaging and simultaneously beautiful. It truly took the concept of a Marvel-quality fight sequence to the next level.

An element of the film that only added to that was the primary weapon. The ten rings. The way the rings operated was unlike any type of weapon introduced into the MCU thus far and only enhanced every scene they were in. The rings were not just used as a weapon but also a significant plot device that contributed to the storyline and had an impact on the characters and their choices. It’s no surprise that this plot element made it into the title of the film.

Complimenting the effects of the rings during combat, were the stunning visual effects. While high-quality effects are typically expected in the MCU, Shang-Chi did not spare any expense. From the beautiful creatures of Ta Lo to the artistic design of the rings’ power, visually, the film had our jaws on the floor for the entire two hours and twelve minutes.

Another standout aspect of the film is the dynamic of Shang-Chi and Katy’s friendship. Their relationship is at the center of the film and Katy is a character easy for the audience to follow along with as she forces herself into Shang-Chi’s world. Katy’s character avoids the stereotype of being strictly comic relief, with a combination of well-crafted, deep dialogue and nuanced acting coming together in an immediate fan-favorite character.  Awkwafina’s portrayal of the fiercely loyal, goofy and passionate character could not have been pulled off quite as well by anyone else. It was like the role was crafted just for her.

Additionally, Xu Xialing’s character arc and strained yet deeply loving relationship with Shang-Chi were skillfully approached by Meng’ er Zhang that left me wondering how this could possibly be her first acting credit.

Tony Chiu-Wai Leung’s portrayal of Xu Wenwu/The Mandarin was masterful and unexpectedly complex. A character that could have been a two-dimensional power-hungry villain was instead incredibly sympathetic and Leung’s performance solidified Wenwu as a top-tier MCU antagonist.

The score of the film was almost a character itself. While at certain moments it felt a little overwhelming with the visual effects, overall it fits the film well. The music complemented the action in the scene and contributed heavily to the playful scenes but also the more intense ones.

The underlying message of family and the significance of morality and spiritual connection sets the tone for the whole film. The Chinese culture portrayed mostly through the costumes and character interactions complements the values of the film and is weaved throughout the entire plot.

In addition to the main movie, there are two scenes in the credits, the first of which will excite any MCU nerd as well as open up possibilities for future storylines. The second scene also presents potential future storylines by teasing an interesting path for one of the main characters. Both scenes are undoubtedly worth waiting for.

As the MCU’s first Asian-American-led superhero film, the quality of the film overall arguably rivals that of Black Panther and Avengers: Infinity War and certainly earned a spot in our top three favorite Marvel movies.

Click here to view the trailer for Shang-Chi and the Legend of the Ten Rings.

Click here to purchase tickets for Shang-Chi and the Legend of the Ten Rings.