Since their introduction to the United States in 1847, candy canes have been used as candy and decoration, most notably between and during the holidays Thanksgiving and Christmas. (Morgan Vehige)

Since their introduction to the United States in 1847, candy canes have been used as candy and decoration, most notably between and during the holidays Thanksgiving and Christmas.

Taste Tester: Like kids in a Candy Cane Store

As one of the four major food groups from Elf: candy, candy canes, candy corns and syrup, candy canes have been a holiday staple since their introduction to the United States in 1847 by a German-Swedish immigrant named August Imgard. In order to fully prepare for the holiday season, two Image staffers sampled six different types of candy canes including the original peppermint, Dum Dums, Lifesavers, Starburst, Sweetarts and Trolli. According to the National Confectioners Association, 1.2 billion candy canes are made every year, 90% of which are bought between the holidays Thanksgiving and Christmas.

The classic peppermint candy cane has a distinct flavor, scent and color that is widely recognized, but when you break it down to actual flavor, it’s not very appealing. The strong, distinct taste of peppermint, is enjoyable for the first part of the experience and then quickly becomes monotonous and overpowering by the time the candy cane is finished. While it may be bearable with another flavor to compliment the peppermint taste, by itself, the flavor is overhyped. It may look pretty and is easily recognizable, however the flavor simply does not live up to its expectations.

The Starburst-flavored candy cane was easily the most unexpectedly delicious candies out of the lineup. The fruity flavor and the overall light texture complimented one other in order and created the best, most savory overall experience. Despite a slightly plastic aftertaste, the Starburst candy cane was easy to finish while not leaving me feeling sick of the flavor by the end.

Even after a couple of licks into the Sweetarts candy cane, the flavor was still very prominently very plastic. Once the actual flavor was unlocked, it was still very chalky, but gave a hint of the good, Sweetart flavor after I bit into it. However, due to the very small size of the actual candy cane, this small taste of Sweetart flavor is lost under the majority of the candy having the consistency and taste of that synthetic plastic wrapper. This was overall the most disappointing candy cane to try as the aesthetic of the box and colors suggested a better-tasting candy. 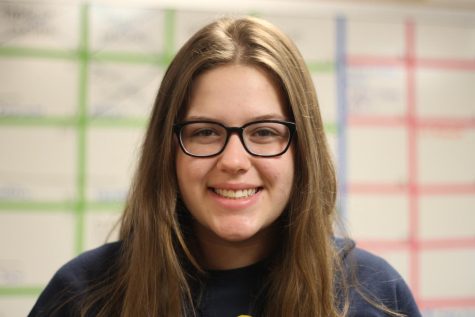 Makayla is a senior and this is her fourth year on the news production staff. When she's not writing, Archambeault can usually be found playing lacrosse, performing with Lafayette's improv comedy team, Undefined, reading or watching movies. She can be contacted at [email protected]

Unfortunately, the Trolli Sour Brite Candy Canes missed the mark big time. An omen reigned over it when the packaging was ridiculously impossible to get off. The shape of the candy cane is one of the only redeeming qualities about it, as Trolli sticks to the worm shape as popular in their other candies. It took a couple of licks to get past the plastic flavor surrounding the base of the candy cane and immediately left a bad aftertaste. Also, it wasn’t as sour as it was advertised to be, which would’ve been a more creative and effective route to rank above the others.

Overall the Lifesaver Fruit Flavored Candy Canes ranked among the middle of the pack. The candy canes themselves were skinny and brittle, but the flavor immensely made up for it. It was almost immediately with no plastic layer to bypass. However, the candy canes themselves didn’t really taste like lifesavers, instead, the taste was more akin to Swedish Fish. Maybe that was just the one cherry flavor, but it tasted like it belonged to a candy bowl in a grandmother’s household. But, the texture was smooth and the candy cane wasn’t horrible in the slightest, so it ranks among the top.

The Dum Dum Candy Canes placed second of the six on the list. They were definitely the prettiest candy canes with their complementary color schemes, but it was wrapped in a double layer of plastic that was difficult to unwrap, so that took away from it. However, the taste was immediate and delicious, even more than an actual Dum Dum lollipop. The taste for the cherry flavored candy canes was true to the company and had the most exact taste out of all of the other ones descended from other candies. It was sweet but not too much so, and the candy cane had a wonderful consistency throughout it. 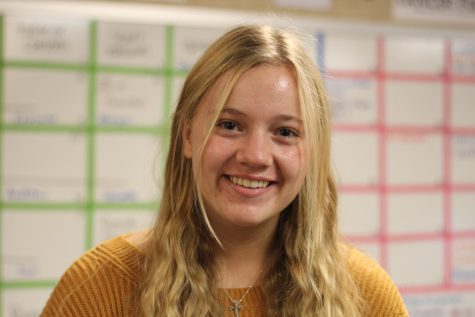 Morgan Vehige is a senior, and this is her fourth year on the news production staff. When she can't be found in the newsroom, Vehige can be found spending time with family and friends, playing softball, volunteering or reading a great book. She can be contacted at [email protected]