Opinion: Kim Gardner’s case has its merits, but falls short of results 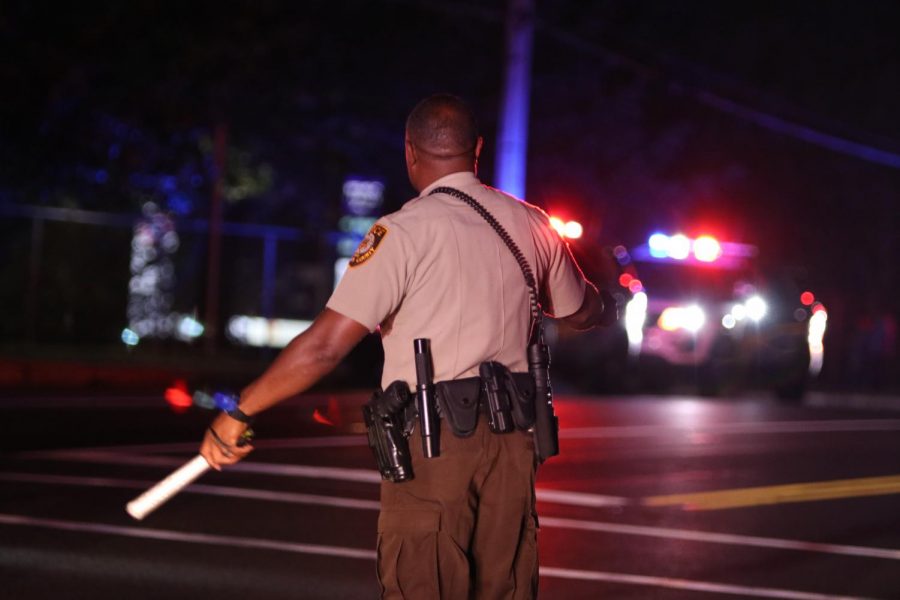 A St. Louis County police officer directs traffic after a shot was fired on Aug. 23 at Parkway North.

Correction Feb. 16: An earlier version of this column incorrectly stated that Gardner’s lawsuit had not yet been publicly released. It has and can be viewed here. We apologize for the error.

On Jan. 13, St. Louis City Circuit Attorney Kim Gardner filed a federal lawsuit against the City of St. Louis, the St. Louis Metropolitan Police Department (SLMPD) union and a special prosecutor from the Eric Greitens investigation in 2017. The lawsuit accused them of a “racially motivated” conspiracy to deny the civil rights of racial minorities. The law used by Gardner against the defendants in the case is a little-known law that was passed after the Civil War known as the Ku Klux Klan Act.

“The City of St. Louis vehemently denies what it considers to be meritless allegations levied against it by Circuit Attorney Kim Gardner,” the mayor’s spokesman Jacob Long told CNN.

Kim Gardner is the top prosecutor in the City of St. Louis. She is also the first African-American to hold that position. She was elected to the post in 2016.

Gardner has not had the best of relationships with the SLMPD. In 2018, she blacklisted 125 officers and barred them from bringing any cases to her office. She was taken to court over that list. A judge ordered her office to explain why those officers were placed on that list. Former governor Greitens’ office filed a complaint with the SLMPD against Gardner. Recently, a neighbor of an African-American police officer was arrested by the SLMPD for allegedly shouting racial slurs at the officer; however, Gardner’s office has refused to press charges against the neighbor.

See, this is a bit odd, because the fact that Gardner has refused to issue charges against the neighbor is quite shocking. She’s suing the city and accusing them of a “racist conspiracy” to force her out of office, but she won’t charge a neighbor who yelled racial slurs at an African-American police officer. I thought that the neighbor would have had charges pressed against her. Note that the officer who arrested the neighbor was not on Gardner’s police blacklist.

The tension overflowed in January when Gardner was stopped for a traffic violation by the SLMPD. Both the SLMPD and Gardner have conflicting stories of what happened at that traffic stop. Gardner claimed that she was stopped by police for over 15 minutes and that the officers stopping her car never told her why they stopped her. The SLMPD says that the stop was about seven minutes and that they did tell Gardner why they had stopped her, which was for a broken taillight. The SLMPD spokesman went on to say that a member of Gardner’s office showed up at the traffic stop and tried to pressure the officers present to let Gardner go. However, security camera footage obtained by KMOV shows that the SLMPD’s side of the story lines up with security footage. It did not, however, shed some light on whether a member of Gardner’s office did try to pressure the officers into letting Gardner go.

Why is Kim Gardner disputing the events of a traffic stop? Sure, she can accuse police of intimidation, but what Gardner has to realize is that your average police officer isn’t going to stop you and try to intimidate you because you are suing the police department they work for. The police often have to have a valid reason to stop you, and in Gardner’s case, they absolutely did. She had a broken taillight, which is a traffic violation.