OPINION: Why I stand for the Pledge of Allegiance 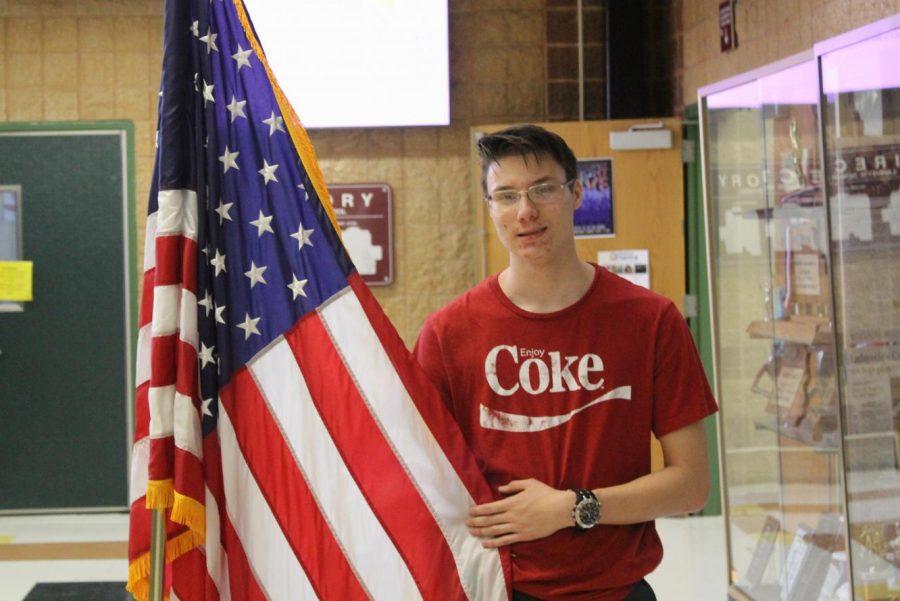 David Blessing is a sophomore at Lafayette and a member of the Air Force Junior Reserve Officer Training Corps (AFJROTC). He chose to submit this piece as a guest column for The Lancer Feed.

One thing that we share as Americans is that every single day we have the opportunity to pledge our allegiance to our great Star-Spangled Banner.

However, both the Pledge and our national anthem have lately been rejected and protested against by those who don’t see eye-to-eye with what it stands for.

The protests against standing for our anthem or Pledge began in 2016 when former NFL player Colin Kaepernick decided to kneel during the national anthem. He claimed he was doing so to protest police brutality and the unfair treatment of African Americans. Other similar protests by athletes unfolded across the country until several networks decided to no longer air the national anthem on TV.

While Kaepernick and others have the right to protest, choosing to stage this protest during the national anthem is disrespectful to our flag and our country.

There are many reasons why people protest. One of those reasons is that some groups of people, usually African Americans, believe they are not being treated fairly. Another reason for the protests is to draw attention to these athletes and to publicize their opinions on these issues.

And within our school, some, I suppose, simply do not hear the announcement for the Pledge over the intercom and instead get ready for class.

Nevertheless, I come into my first class every day and I stand. Yet a majority of students in my class—8 out of 14—remain seated. In fact, I decided to write this article because of the amount of the kids who are either not paying attention to our Pledge or choose to disrespect it by abusing their right to protest.

Perhaps they don’t feel the need to show respect. To some, the flag may just be a piece of colored cloth.

Perhaps they don’t know why they should stand. They possibly do not know why our flag is so important and why we should show so much reverence toward it.

But when I hear the national anthem or our Pledge, I STAND. I stand with pride. I stand to show respect for the men and women that have given the ultimate sacrifice. I stand because I’m free, and I stand to show I am an American.

Our brave soldiers have fought for this country. They fought so we can have a Pledge and an anthem. Yet some do not recognize their sacrifices.

The armed forces of this country fought to preserve our unalienable rights as US citizens. They fought to ensure our prosperity and make sure we remained one United States of America. They fought because they believed in something bigger than themselves or their families.

They knew the American cause was worth fighting for, and they gave everything they had for it—in some cases, even their lives. We are all part of that cause they valiantly fought to defend, and I’m sure the millions of men and women who have died would appreciate the respect that comes with the honor of fighting for the greatest country in the world.

Stand not just for your own good, but for theirs—to recognize our soldiers and what they stood and so bravely fought for.  When you stand, you are showing both them and your flag the utmost respect you could ever offer as a human. By standing, you are recognizing that it took blood, sweat and tears to be where we are today. So please, stand!

If you would like to submit a guest column, feel free to contact our Opinions Editor or email us at [email protected]