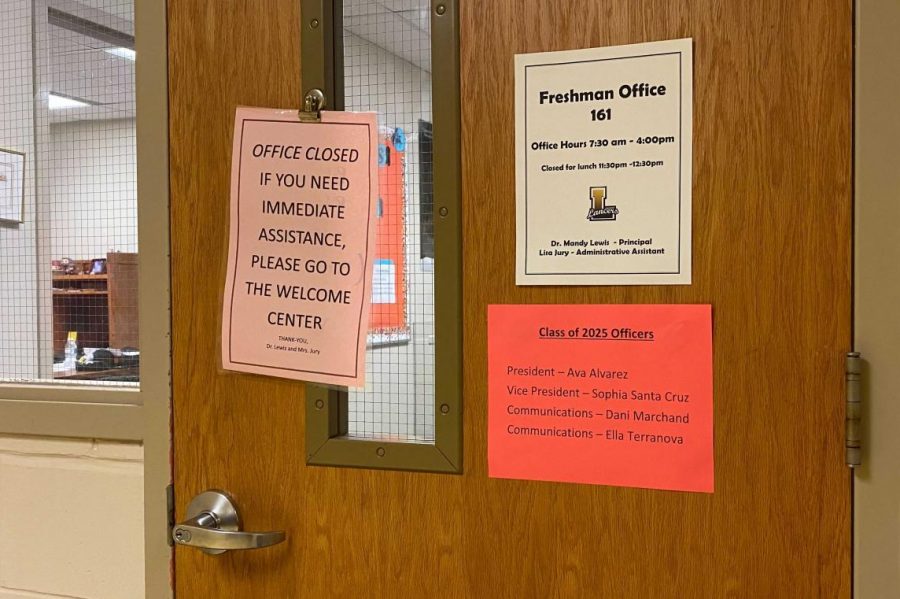 “We sent out a Google Form to all of the freshmen through their email and allowed them to vote for one person for each office. We double checked that everybody that voted was a freshman and made sure that the link didn’t get sent around to other people. It was done like the old traditional way of elections,” Assistant Principal Mandy Lewis, who was in charge of monitoring the election process, said.

Lewis called each of the winners into her office once the poll that was sent out on Sept. 16 closed and congratulated them on the news, while Assistant Principal Kirti Mehrotra waited until the next day to tell the sophomores.

When Alvarez saw the form to apply, she was inspired by her older brother to run. She looked up to him and his role as president of his fraternity.

“The process was stressful but I tried to really just have fun with it. I tried to make my posters memorable by using the same short slogan for every one that said “I was born to be president” with a baby picture of me,” Alvarez said.

When Alvarez was called into the Freshman Class Office, she was very surprised that she had won the position.

“I kind of just signed up with a ‘why not attitude’. It didn’t really hit me at first, but I was so excited when I got home and immediately texted all of my friends and family,” Alvarez said.

Alvarez doesn’t have many ideas yet since the election took place just last week; however, she is excited to get started.

“All I know is that I’m going to walk into this amazing opportunity with positivity and only spread smiles,” Alvarez said.

Bradley and Mei spontaneously decided to run together because they thought it would be fun and a great opportunity. Posters of both students were posted throughout the school, and they posted on their social media accounts. Bradley even talked to other students about her campaign.

Bradley found out she had won the position the morning of Sept. 17, when her friend texted and congratulated her. The results were posted outside of the Sophomore Class Office and Bradley was still at home when her friend saw the results.

Bradley has already heard from students about school lunches, bathrooms and vending machines.

“We’re going to sit down and talk about those things and see if we can come up with good ideas for change that people would like,” Bradley said.

Mehrotra is already working closely with the winners to plan the Sophomore Class Homecoming float and other projects.

“We are already working with our board to start working on our Instagram account so that we can start publicizing Homecoming and everything else that we want to talk about to the kids about,” Mehrotra said.