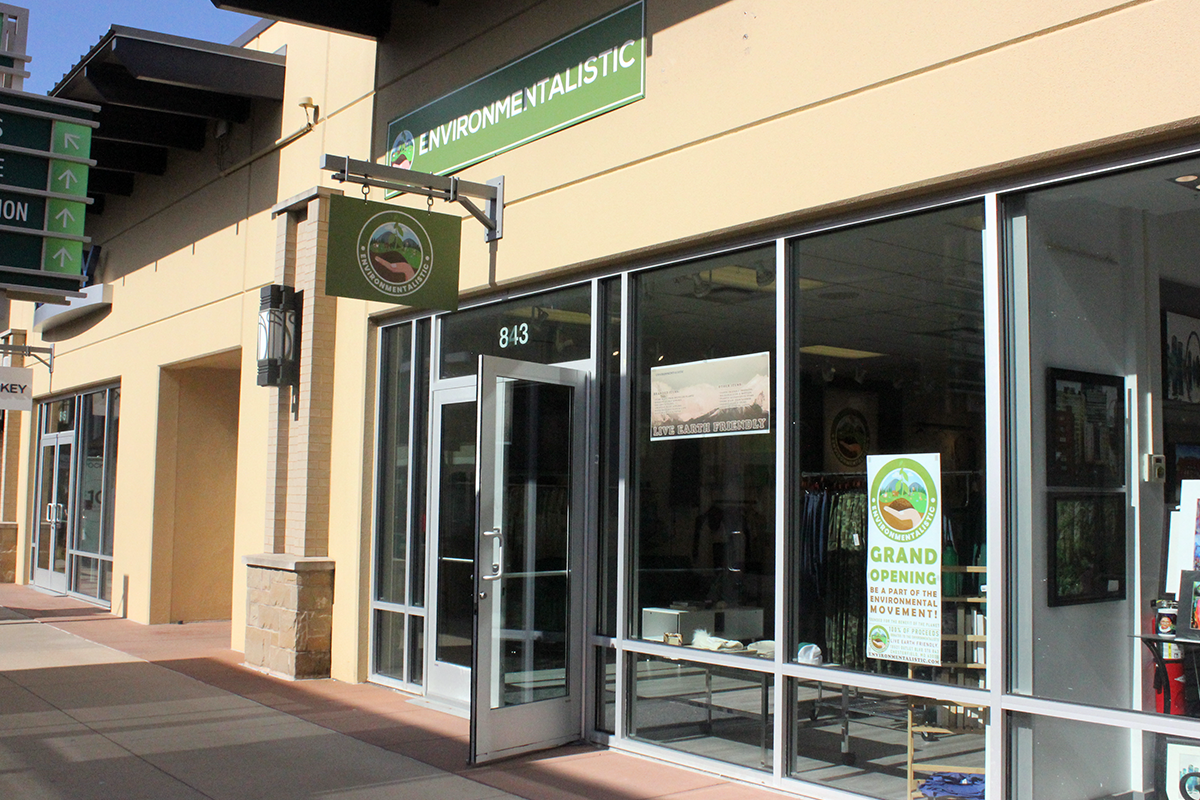 Environmentalistic is a new store at the St. Louis Premium Outlets. According to their website, their mission is to “preserve the natural wonders and stunning beauty of the Planet Earth, [and] to become major contributors to environmental awareness.” One of their mottos for the store is “The Earth is in our hands”. (Juli Mejia)

Environmentalistic is a new store at the St. Louis Premium Outlets. According to their website, their mission is to “preserve the natural wonders and stunning beauty of the Planet Earth, [and] to become major contributors to environmental awareness.” One of their mottos for the store is “The Earth is in our hands”.

‘The Earth is in our hands’

A scene of rugged mountains and twisting trees form the background of every corner, a cold breeze brushes the tip of the moose’s nose and the fur of the grizzly’s tail, and a sight inexplicably American. Alaska, home to North America’s tallest peak and to more than 57 million acres of designated wilderness, has also played another crucial role thousands of miles from its origin; a role in Gary and Angi Rickerd’s steps toward a changing planet.

Following an associate’s degree in computer-aided drafting, Gary began his career in a tough spot.

“When I was 20 years old, I got hired to work literally in a closet of a company that had about 100 employees. I was the lowest-paid employee [and] had the least important job,” he said.

Though he started from humble beginnings, Gary worked hard to climb the corporate ladder.

“Over time, I learned to adapt to really what the company needed and I saw that when you can figure out what the organization needs to succeed, then anybody can step up and fill that role as long as they have the [motivation] to take those steps, so I just started learning over 24 years,” Gary said.

In 2017, he climbed to the top of the ladder, gaining part ownership of the company.

“I grew up in a society [where] that’s the definition of success. I was striving for that for so long, and I managed to achieve what society would say is the goal, really. To control the company, manage it, be able to reap the benefits from the company, have all the hiring decisions in my court,” he said.

While he had met the success he had long hoped for, Gary realized he had much more he wanted to do. As the business was beginning to merge with another company in September of 2021, Gary began to look to the future.

He visited Alaska in 2016, and was awestruck by the raw beauty Alaska’s nature had to offer. Gary began to form a love for the kind of world that he and his wife, Angi Rickerd, wanted to pass on to their children. Only a few years later, Environmentalistic was born.

Environmentalistic is a new shop located at the St. Louis Premium Outlets, across from Adidas and Levi’s. It opened at the end of 2021 and sells a variety of clothes and objects that are all environmentally friendly. As the official owners of the business, Anqi and Gary have both worked to develop the business.

“My husband helped me to realize this dream because we work together, we are teammates. While I provide capital and ideas, such as coming up with ideas for who should be our suppliers for our products, my husband puts my thoughts and ideas into practice,” Anqi said.

Hand-in-hand, the couple has begun their journey to spread awareness about several environmental concerns surrounding the planet today. One of the most challenging obstacles they have encountered during the process is the actual retail aspect, as they have had little experience.

“It’s been a challenge in the sense of traditional retail, to make that up with the mission that we have, and finding a way to bridge the gap between [our mission and] what consumers want, what’s going to bring them into the store. That’s something that’s still a work in progress,” Gary said.

The store has continued to make progress as Gary and Virginia Weisar, an employee, have worked to print-press shirts and come up with interactive commodities like a couch, TVs and even a chalkboard to draw people in. The team is also working to get more publicity, planning on creating an online store and creating media content to reach out to the Chesterfield community.

“Missouri is actually very active in its volunteering community. You don’t have to necessarily join an entire group, you don’t have to go through the training and join the ecological center, but every now and then a lot of organizations will have very short days [for volunteering]. Maybe they’ll have one day where they go and they pick up trash or one day where they go and plant trees. If you’re wanting to step into it, that’s great because there’s not really any commitment,” Weisar said.

Weisar has been on the team since the beginning, working the weekend shifts and helping develop the store and organization.

“A lot of people are like, ‘Oh, I have to find a job that I like and I have to do it until I hate it, and then I retire. But that’s not really what happened to me. I found this and I like it but then I also have time to do the things I really love,” she said.

Weisar grew up in St. Charles, attending Francis Howell North High School until she attended SUNY College of Environmental Science and Forestry in New York and graduated with a bachelor’s in environmental resources engineering. At 20 years old, Weisar now volunteers at Litzsinger Ecology Center on top of other environmental involvements.

For Weisar, awareness is an important step to bettering environmental conflicts, especially for a planet that cannot protest for itself.

“The Earth doesn’t speak English, it speaks ‘nature’, so we have to be advocates for our own planet. I think a lot of people are really in tune with that. They want to help, they want to save the world, but it’s in the back of their minds. We want to bring it to the front,” she said. 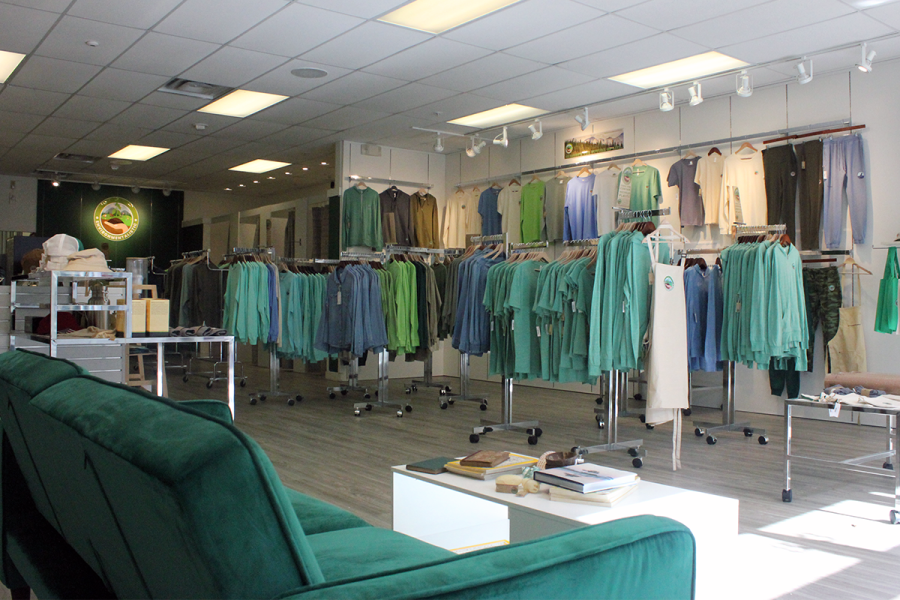 Gallery|3 Photos
Juli Mejia
The store leaves the door open to let sunlight in. The inside has several displays of shirts, hoodies and accessories along with couches and books.

In preparation for the organization, Gary and Anqi researched the various environmental consequences humans have had on Earth. From climate change to the destruction of biodiversity to the immortal wastes like plastic, they have learned a lot about the major impacts that need to be focused on.

“If you use a plastic bottle, it is really hard for it to disappear in the ground for thousands of years. So what if we could provide something that you can substitute it with that is more environmentally friendly to a customer as an option so we can help protect this environment in some way. That is when we thought we could open up a store and can bring different kinds of products that are environmentally friendly so that way customers can choose and try to make a little change in their daily life. Sometimes a little change can actually go a long way,” Anqi said.

Inside their store, shirts made out of bamboo and bowls made out of coconuts have further developed their vision, but not to the full extent. While 100% of Environmentalistic’s profits are already set aside helping the environment, they have also created a non-profit organization called The Environmentalists to be at the forefront of their mission to help spread the word. Weisar is also involved in the non-profit, which was given a 501(c) status in January.

“Our goal is more to connect with nature and connect with people to promote this idea. I would say selling products is step one for our business plan to attract people. This way people see the store and begin to realize they can make a change just by little nice gestures. We hope that when people visit our store, they tell other people about it which starts a conversation about not only the store, but the environment. Eventually, we want to make our store a gathering place for people to brainstorm ideas in ways to save our environment,” Anqi said.

Anqi and Gary hope to gain more individuals with different insight, experience and knowledge in order to expand and accomplish their goals of impacting the political system as well as creating a better community. Weisar has brought some new ideas to the table, excited to have flexibility to express her own objectives.

“I’m thinking [about] restoration work, community gardens, anything with guest speakers, getting rid of invasive species. Anything and everything, I’m here for it. One of the things I love about getting on so early in the process is this can be whatever I want it to be like, I have a lot of [say],” she said.

Starting in a similar manner, the well-known Patagonia clothing brand has served as a source of inspiration for Gary. Though his business is only just developing, the team has come up with several ideas to support awareness, from documentaries to collaborative community events.

“The biggest mission for Environmentalistic is to be a brand that people can be proud of, that shows that they care about the environment and about the planet, while their dollars are going to real work for real purpose,” Gary said.

On April 23-24, Gary, Anqi and Virginia will represent the Environmentalists at the St. Louis Earth Day Festival in Forest Park. Along with The Environmentalists, other local businesses and organizations will be present at the event.

Although they all aim at keeping the present-day Earth a clean place, the group’s main goal is to have a positive impact on the Earth for their future.

“If everybody tries to change something, even if it is something small in their life, that helps too and can make a big difference,” Anqi said. “We want to preserve this beautiful environment, not only for us but for other generations to come.” 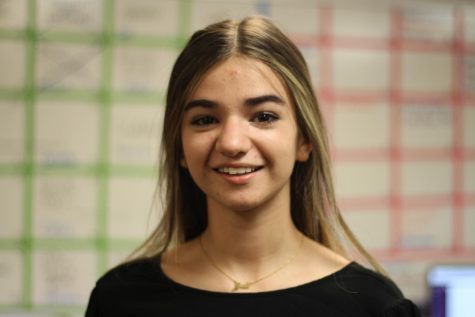 Juli Mejia is a junior, and this is her third year on the news production staff. When Mejia is not writing stories, she is instead writing poems, riding her bike, swimming, spending time with her family and playing games. She can be contacted at [email protected] 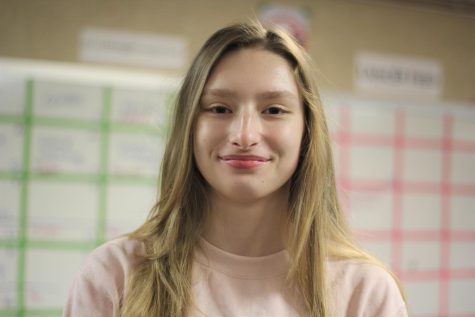 Nola Jancich is a sophomore and this is her first year on the news production staff. Jancich also participates in helping out with the Lafayette Theatre Company productions and enjoys competitive cheerleading. She can be contacted at [email protected]