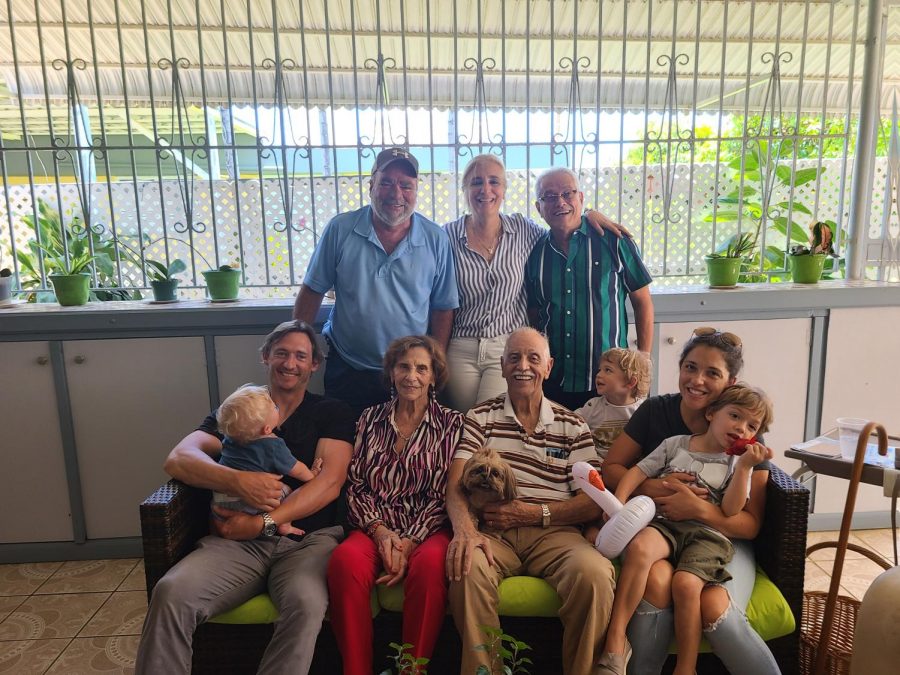 drama teacher Natasha Fischer visited her relatives in Puerto Rico in May of 2021. Fischer has three children and takes them to Puerto Rico as often as she can to embrace them in the culture. “They actually play a game in my house called going to Puerto Rico where they pack a bag and get on an airplane and go and eat rice and beans,” Fischer said

South of the United States resides several Latin American countries, each with individual cultures and identities that unify their regions. As time has gone on, many immigrants from these countries have moved to the United States in search of work opportunities and the American Dream. Hispanic Heritage Month, which began on Sept. 15 and ends on Oct. 15, is described as a celebration of Hispanic culture and people.

While only 3% of Lafayette’s make-up is Hispanics/Latinx according to the Public School Review, approximately 55 out of 1,816 students,  some of those students and staff are still very connected to their Hispanic heritage and continue to honor traditions passed onto them by their ancestors.