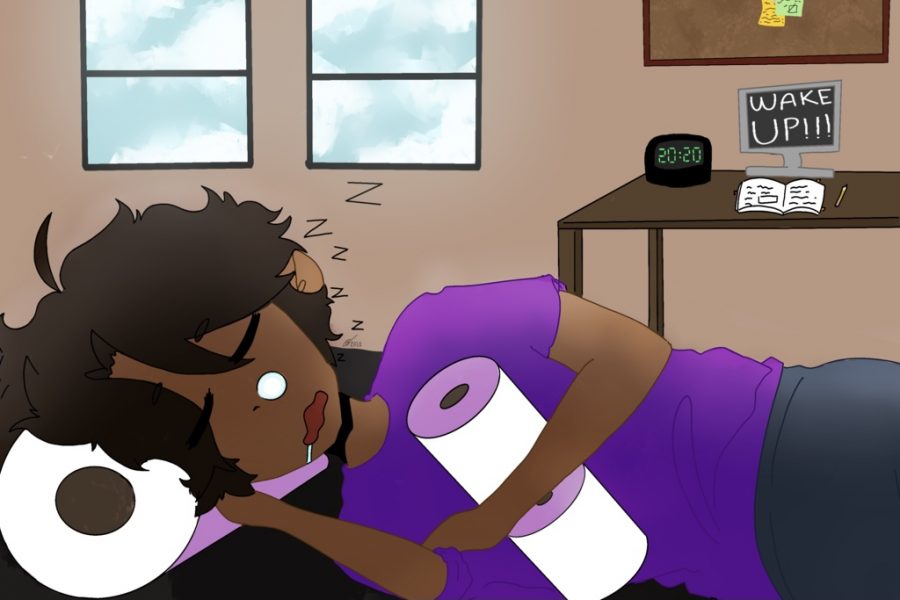 While COVID-19 has impacted almost everyone's sleep schedules, whether that be positive or negative, studies show that those with pre-existing sleep conditions have been hit the hardest during the crazy hours of COVID-19.

Insomnia and other sleep disorders can take a heavy toll on one’s physical and mental health. Skimping on quality of sleep can impact an individual’s energy, focus, and ability to function during the day. To make for an even bigger challenge, the global coronavirus pandemic has changed and impacted much about people’s lives worldwide, including their sleeping patterns.

A peaceful night of slumber can leave you feeling more energized and alert in the morning. But sleep quality is only part of how sleep affects your energy levels throughout the day. Sleep satisfaction also influences how energized you feel at any given moment, and better sleep satisfaction can make people feel more invigorated.

Social distancing, school closures, working from home, widespread layoffs and furloughs, and worries about staying healthy have combined to make this a disruptive and distressing time.

Juniors Abbey Grey and Zack Vest are two examples of students who struggle with disruptive sleeping habits, and whose sleeping patterns were skewed even more during this pandemic.

“I’ve struggled with sleep over the past few years but, more recently, it’s been even more challenging than it was when I was a freshman.” Grey said.

Research done by Sleep Standards, showed that 67% of students surveyed said their sleep was healthier before the beginning of lockdown.

And each night of the week that students have sleep problems was associated with a 0.02-point drop in their cumulative grade point average (GPA) and 10% higher odds that they would drop a course.

Grey said, “I definitely stay up way later than I used to stay up during our normal school year. I used to stay up pretty late involuntarily, but now I stay up later on purpose because I have so much work to do.”

A teen who wakes up for school at 6:30 a.m. is fighting against a biological force of sleepiness, and later might find it hard to doze off with sufficient time to get the roughly nine hours of sleep that adolescents require.

When schools shift their schedules, teens benefit. For example, seven high schools in Minneapolis moved their start times from 7:25 a.m. to 8:30 a.m. and tested the outcomes for their students. As a result of the change, the teens got five or more extra hours of sleep per week, and attendance and enrollment rates went up, as did alertness.

Closer to home, Rockwood’s start times on Monday’s were altered to begin at noon. In addition to providing staff members with some much-needed planning and professional development time on those days, student needs were also a consideration.

Assistant Principal Colleen Fields said, “We recognize that COVID, remote learning and economic challenges created by the virus can cause a lot of stress for students and their families. The goal of Mindful Mondays was to give students opportunities to explore wellness strategies and informational offerings to help relieve or cope with many of the new stressors in our students’ lives.”

Vest said, “I think making another day of the week modeled after that would be amazing, too. I also think it would help us, especially, who struggle with sleep when we go back to school [in person].”

Recent data indicates that 54% of individuals surveyed said they are aware of their (poor) sleep quality and will try to refine it post-quarantine.

There are, however, solutions to improve sleeping issues post-quarantine such as trying to stick to a consistent sleep schedule and routine, reserving your bed for sleep, utilizing relaxation techniques and fitting in more exercise throughout the day.

Vest has also discovered some methods to help him fall asleep. He said that sometimes listening to natural sounds on his phone helps to relax him. He said it doesn’t always work, but when it does he does see an improvement.

But, the phone can also lead to sleep problems.

“If I cannot sleep, I often stay up on my phone because I’m so restless,” Vest said.

This is a habit of many teens and whether they are actually using their phones or not, research indicates that the blue light emitted by smartphones and tablets simulates daylight, inhibiting the brain’s production of melatonin, the hormone that helps us fall asleep and stay asleep.

In a 2014 poll, the National Sleep Foundation, an advocacy organization found that 68% of teens who do not get the recommended amount of sleep at night also keep an electronic device on all night — a television, computer, video game or something similar.

Students who are up late writing papers on computers or chatting with their friends are effectively creating an even more stimulating environment that will keep them from being able to fall asleep when they want to.

“I usually avoid using my phone too late at night and don’t watch TV too late either because I’ve found that keeps me up,” Grey said, “and I feel a lot more irritable when I haven’t gotten enough sleep.”

Exhaustion from sitting in front of a laptop screen for hours on end has also caused some students to find themselves extremely fatigued when waking up in the morning and regularly taking naps after school.

Vest has found himself falling into this cycle.

He said, “Quarantine has made [mornings] a lot worse, I’ve been a lot less energetic getting up.”

The National Sleep Foundation also polled parents and found that more than half said their 15-to-17-year-olds routinely got seven hours or less of sleep per night. The recommended amount for teens is 8 1/2 to 10 hours per night in order for them to be at their healthiest both physically and mentally.

SleepFoundation.org said that it is more important than ever for people to get an appropriate amount of sleep because of its “critical biological functions, especially during the COVID-19 pandemic when sleep becomes even more essential because of its wide-ranging benefits for physical and mental health.”

Their website lists the following factors that good sleep helps:

Sleep empowers an effective immune system. Solid nightly rest strengthens our body’s defenses, and studies have even found that lack of sleep can make some vaccines less effective.
Sleep heightens brain function. Our mind works better when we get good sleep, contributing to complex thinking, learning, memory and decision-making. For adults and children adapting to work and school at home, good sleep can help them stay sharp.
Sleep enhances mood. Lack of sleep can make a person irritable, drag down their energy level and cause or worsen feelings of depression.
Sleep improves mental health. Besides depression, studies have found that a lack of sleep is linked with mental health conditions like anxiety disorder, bipolar disorder and Post-Traumatic Stress Disorder (PTSD).

With more changes to the school schedule coming up as Rockwood makes the return to in-person learning, students struggling with sleep issues should consider reaching out for help. There are a number of apps such as HeadSpace, Noisli, Slumber and Calm that have received very high consumer ratings for helping people fall asleep and stay asleep better. In addition, students can always reach out to their doctor for some help with sleep issues. Chronic problems may require a sleep study or stronger interventions.