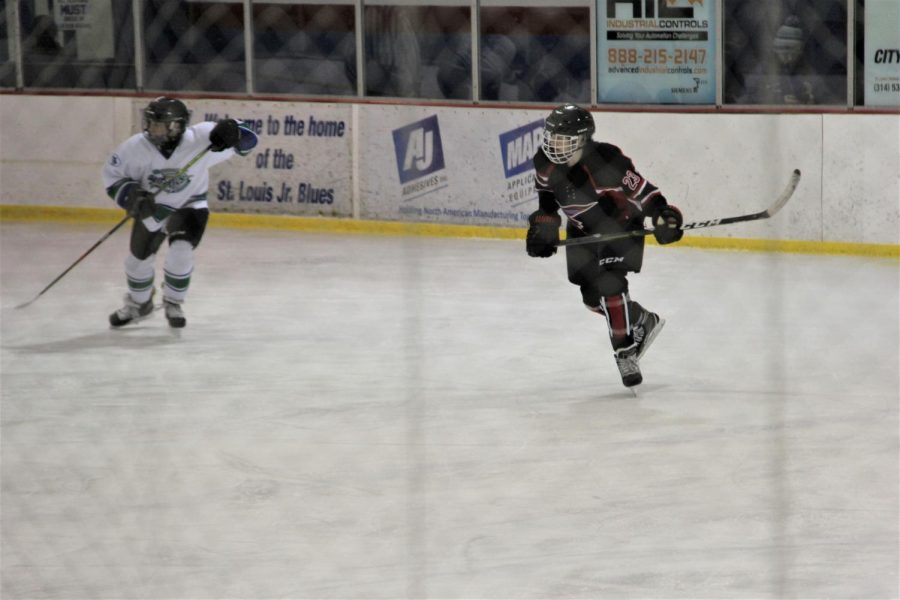 On February 22, Nick Hess had his last game of the season at the Affton Ice Rink, facing the Meramec Sharks.

Nick Hess is a freshman at Lafayette. His dad, Bob Hess, was in the National Hockey League (NHL). He was a member of the St. Louis Blues from 1974-1985. Like his dad, Nick hopes to be part of the NHL one day.

How old were you when you first started playing hockey and why did you start?

I was probably 5 or 6, I think I was in kindergarten. [I first started] because I wanted to play hockey like my dad, who was in the NHL.

How long was your dad in the NHL and what experiences has he told you?

He played for about eight to 10 years, I think he started in 1977. He hasn’t really told me much about him playing. All I know is that he’s gotten into a couple of locker fights. Like one time, after practice, this guy that my dad got into a fight with on the ice came into the locker room and punched my dad in the face.

What’s been your proudest moment on the ice and what has been your most regretful moment?

My first goal was probably my proudest moment. I was around 8 years old, but I don’t remember how I did it. I regret that I got ejected and suspended for punching a kid in the face. I had checked him earlier that game. He came up behind me, wrapped his stick around my chest, pulled me to the ground, and I smashed my head into the boards. So I got up and punched him.

What is your main goal for the future?

Just to keep playing hockey and hopefully, make it into the NHL like my dad.

What’s it like having your dad as the coach?

On the ice, he’s not really my dad. He’s like one of the other coaches, so he’ll yell at me and say anything a regular coach would do. But it’s pretty cool since I get to see him a lot.