Last Time I… Met a celebrity 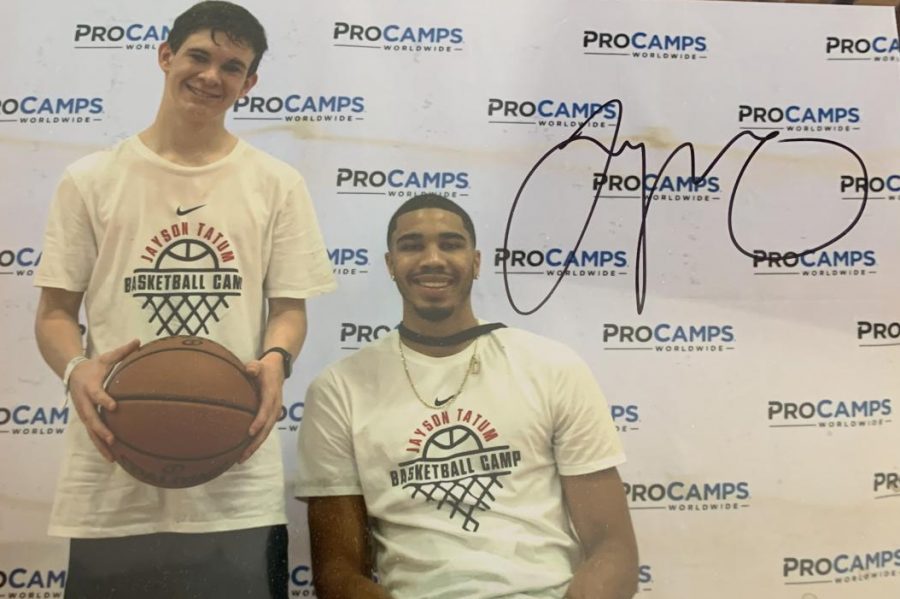 “I met Tatum through a basketball camp I attended with my best friend,” Richards said.

Requests for autographs and public appearances often bombard sports players, making it difficult to meet them.

Upon receiving this text, Richards signed up for camp right away. The Jayson Tatum Basketball Pro Sports Camp occurred during July of 2019. Since Tatum runs the camp, he makes several appearances there.

According to ProCamp’s website, each member of the camp gets an autographed picture from Jayson Tatum, a team photo with Tatum and a t-shirt. But, Richards was able to talk one-on-one with Tatum.

“I thought maybe [I would meet Tatum], but I thought he would be too busy. But, I won a competition, got a picture with Tatum, and had a short conversation with him,” Richards said. “We talked about how hard he [Tatum] worked and what it is like as an NBA player.”

Tatum has a history of giving back to the St. Louis area after being drafted by the Celtics in the 2017 National Basketball Association (NBA) Draft. Tatum has his own foundation, known as The Jayson Tatum Foundation, which runs service projects like the ‘Daddy and Deuce Toy & Coat Drive,’ which accepts donations of coats, toys, scarves and books for underprivileged children. The foundation also provides mentoring services to youth.