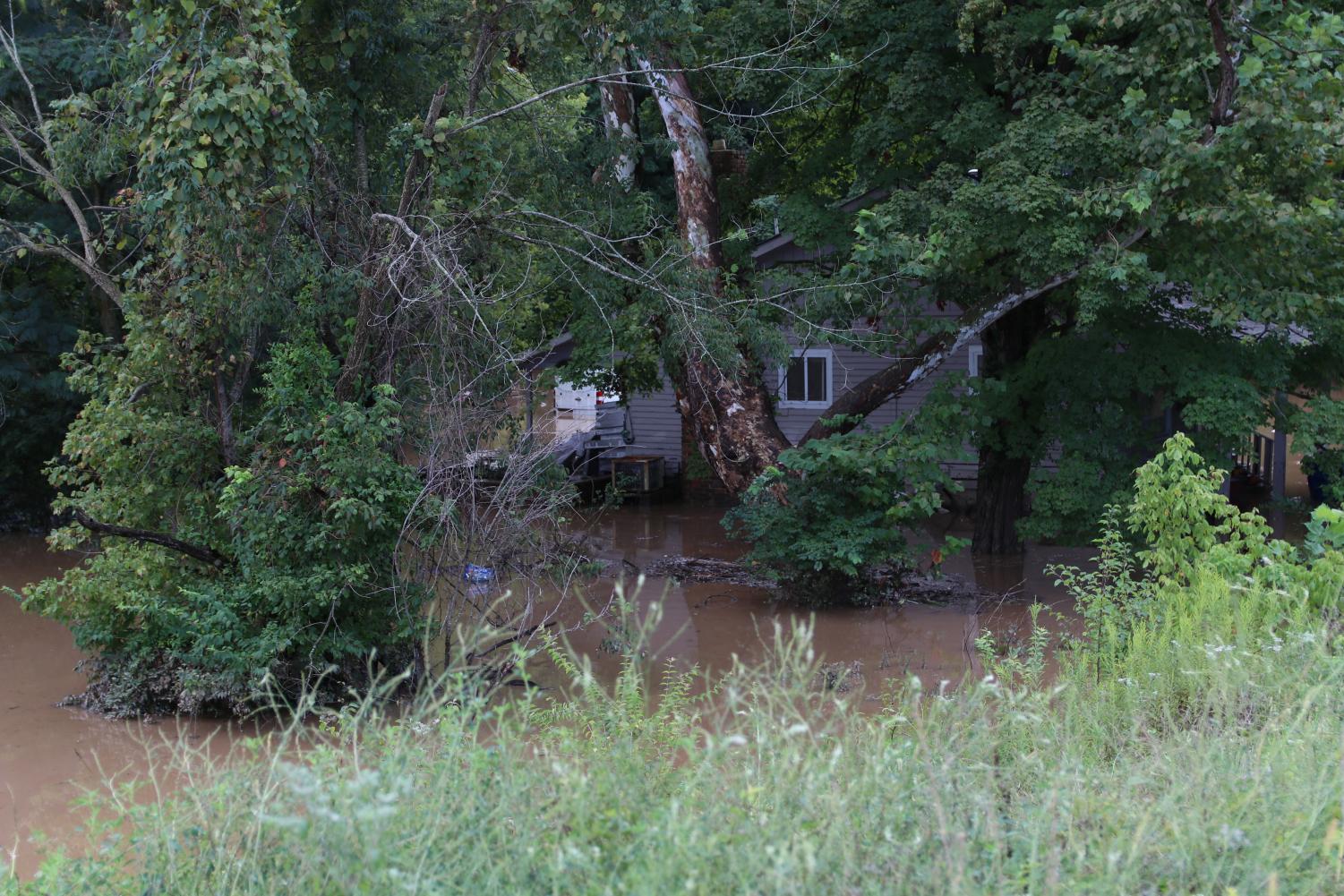 A home next to a Eureka creek experiences extreme flooding. Eureka has been known to experience extreme flooding with rain, and it was one of the reasons Rockwood School District experienced an inclement weather day on Aug. 26. (Shannon Worley )

According to the Carnegie Foundation for the Advancement of Teaching, a Carnegie Minute is a unit developed in 1906 as a measure of the amount of time a student spends studying a subject in the actual classroom. These units are what determine the credit a high school student receives for a class.
In Missouri, students need 24 units to officially graduate from high school. This means a typical seven classes a year over the course of four years.
Also, the Revised States of Missouri is a statute stating that a school district is required to make up the first six days of school lost or canceled due to inclement weather to ensure that students will attend a “minimum of 1,044 hours” for the school year. Students must also meet a requirement of 3,915 Carnegie Minutes each semester, equaling a total of 7,830 for a year.
This year, to accommodate the addition of Flex time, the Rockwood School District (RSD) cut back on instructional time in classes and the added Flex time did not count toward the required Carnegie Minutes.
“Flex time counts toward the 1,044 [hours], but it does not count toward the Carnegie Minutes. Carnegie Minutes are each individual course meeting those minutes. For instance, biology has to meet those [7,830] minutes,” Shelley Willott, Rockwood Assistant Superintendent for Learning and Support Services​, said.
Therefore, there was a fine balance by the end of the calendar scheduling of having enough time in classrooms and having enough time to make Flex productive for students and teachers.
Then, the unexpected happened and suddenly there wasn’t enough time in the semester left to complete the required number of Carnegie minutes.

On Aug. 26, Rockwood had to cancel classes due to flash flooding when different parts of the district began to experience high levels of rain. That day threw off the entire semester’s calendar to complete the required number of minutes.
When the calendar and schedule were being created, committees had to pay extra attention to make sure the required number of Carnegie Minutes were met with the addition of Flex time.
What slipped through the cracks was the number of buffer days, or days that served as a precaution for emergency days called off of school, that was available to use each semester.
There was exactly one buffer day left in the calendar by the time it was made official.
The flood day that occurred eliminated the buffer day for the rest of the first semester.

When everyone returned to school, no one believed that the flood day had impacted the school year much, if at all.

After a few weeks back, principals and administrators were informed that the Rockwood Central Office had discovered that high schools in the district were short Carnegie Minute requirements for the semester.

“I’m not sure how we landed there,” Willott said. “A lot of eyes [were on] the schedule last spring. Like anything when you get a lot of eyes on it, sometimes something just pops up that you just don’t see. We were meeting those minutes, and we would have been had we not had that inclement weather day.”

The issue with credit loss didn’t just end in the first semester. If any inclement weather days occurred second semester, Rockwood could become behind.

“So the same thing holds true for second semester. We’re meeting those minutes, we’re slightly above, but if we have any inclement weather days, that’s going to be a problem,” Willott said.

When the Central Office administrators began to evaluate ways to get the four high schools back on track, students within the schools started to get worried after they heard that the district was short credit requirements.

Seniors, in particular, were among those with the most concern as this could have disrupted their graduation date. Many of those in the early graduation option were worried that they would have to forfeit that option because they weren’t going to end the semester with enough minutes to technically count this semester’s credits.

“I was pretty worried. I already had college plans already set up to go into college next semester. I can’t do high school and college at the same time, so it would be a little difficult and it would derail everything that I had set up to do,” Andrea Reando, a senior who plans to graduate early, said.

Reando needed to finish this semester with enough credits to qualify for early graduation, but she needed a certain amount of hours at a college before going into a program for college in the fall of 2020.

Reando’s worry over her credit hours eventually gave way to frustration over the issues that were made known.

“I was really frustrated because I was like the planned the Flex schedule, and like, you would have thought that maybe someone would have looked into how much time we need to be in class and how [Flex] would impact this,” Reando said. “I thought it was such a basic concept that was just like, completely missed and it was someone’s job to make this work.” 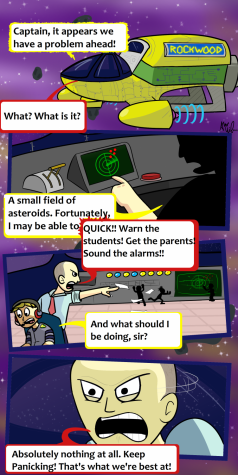 In the following weeks, RSD administrators had multiple meetings within the Central Office and with the high school principals over options to add back in minutes to the semester.

“[If a snow day or inclement weather day occurred,] we’d have to take off some Flex time and add that back into instructional minutes in a classroom,” Willott said.

The principals met and discussed different solutions for adding these minutes back across all four high schools, although no standard solution was decided upon because the number of minutes short was still unknown.

“[The Central Office is] counting the minutes they believe we are going to report to the state, so we may end up meeting those minutes, or we may have a deficit, no one knows for sure,” Principal Karen Calcaterra said. “We would probably take a look at what feasible days we could have 50-minute classes [similar to the A day schedule in the beginning of the school year]. That’s a solution.”

The solution had to be consistent across all of the high schools as everyone has the same amount of Flex time in their schedules.

“We just picked [our lunch minutes] up and out, but we don’t count lunch for the state anyway. We all still have the same minutes of Flex,” Calcaterra said.

One other possible solution would have been to ask the state for a time waiver due to unforeseen weather circumstances; however, under state guidelines, the wavier mainly applies to prolonged periods of time where schooling is not able to occur.

“The year we had all the flood days we sent in a waiver due to catastrophic circumstances beyond our control. When it’s an inclement weather day, and we’re at school but smaller, rural towns [have no school], those schools have 10, 15 or 20 snow days a year because they don’t have access to our resources. That’s the wavier [and where it applies],” Calcaterra said.

An additional solution would have been alternate courses of instruction.

“We, in our strategic plan, The Way Forward, have made a goal of having competency-based learning. Your coursework wouldn’t be time-bound, it would be bound by mastery of standards,” Willott said. “There’s a lot of implications with that, and so we’re laying that groundwork. We’ve been doing that in the Curriculum Department for the last couple of years to set it up that is we wanted to go that route we could. So this is a five-year plan. We’re hoping by year five we’re ready to do that.”

After weeks of speculation over what to do to get the district back on track with the Carnegie Minutes, it was made known that the RSD did not have to make up minutes for any past or future inclement weather days.

“After many conversations and clarification from [Department of Elementary and Secondary Education (DESE)], our high school principals were just informed by Dr. Lisa Counts (Assistant Superintendent of Supervision of Schools) that we do not need to change our schedule. The current schedule does meet all DESE requirements. There is not a need to decrease Flex days to make up time for past or future inclement weather days.” Calcaterra said in an email to LHS staff members.

The number originally put together for the principals and Central Office came into question when a member of the Central Office reported that they got a different number of minutes then that number.

“The whole thing was kind of a mess, in my opinion. I mean, they kept switching schedules every single week. There was such a blatant disregard for how it was affecting students. And there wasn’t really an explanation behind anything. It almost seems like they don’t even know what’s going on. And then no one’s communicating with us either,” Reando said.

RSD is also looking into fixing this issue for the next calendar year.

“They’re already talking about any changes we would implicate next year. The other thing to remember too, I think, is important to remember is that all the Late Starts play into this [and all of our early releases]. So, when you get all of those things together, you can’t have it all. And so trying to find that balance is what we’re working on,” Willott said. 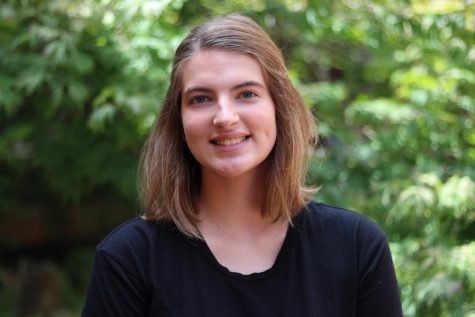 Hayden Cottrell is a senior, and this is her second year on staff. She is a part of the Speech and Debate team and Girls Who Can. Hayden can be contacted at hcottrell049@rsdmo.org.

The Lancer Feed staff reserves the right to delete the contents of comments which it deems inappropriate. To write a letter to the editor, send us an email at thelancerfeed@gmail.com or contact any of our staff members through their emails found on the staff profile pages.