The haunting at LHS

Lafayette’s Mathematics Department has gained a bit of a reputation for the creative group costumes they roll out each year in time for Halloween. Some of their most memorable costume from previous years have included, Domino’s, Emoji and even contestants from the bachelor.

Math teacher Seth Atkins has participated in the costumes for the years he has been teaching here.

“We were dominoes my first year, it was my favorite. It was easy but also kinda unique,” Atkins said.

According to math teacher Maria Koziatek, “[The Mathematics staff] discusses ideas for themes while at lunch, before moving on and working to create costumes. Some of the teachers are really creative and think of amazing ideas.”

Each year departments show off their creative ideas at the staff Halloween party.

“In the past we all dressed up as emojis and I thought that was a pretty neat costume idea and we all had our favorite emoji,” Jason Schneider, math teacher, said.

but they do invite all of their teachers to join in.

Koziatek said, “Whoever wants to join us is free to do so. [The costumes] are done 100% just for fun. We obviously have

some teachers who are more into it than others, but the department as a whole has a lot of fun with it.”

The tradition of dressing up has been going on longer than the math department remembers, however, the new addition was the competition and Halloween party.

The hallow-day through the ages

The origins of Halloween can be traced back roughly 2,000 years to the ancient Celtic celebration of Samhain. Celebrated on the night before the new year, Samhain represents the one time of the year when the veil between life and death is dropped, allowing spirits to cross freely between both worlds. The Celtic people would light huge bonfires throughout the night in celebration, and wear a variety of frightening costumes in hopes of keeping the less than friendly spirits at bay.

In the next thousand years or so, the celebration of Samhain is combined with a number of other similar holidays. The first fusion takes place in 43 A.D. when the Roman Empire has just finished conquering the majority of the Celtic peoples land.

During the empire’s rule, two Roman holidays end up being blended into Samhain. Feralia, which celebrates the passing of the dead, and Pomona, a day honoring the Roman Goddess of fruit and trees.

Fast forward to 1000 A.D. and the Christian church has spread throughout a majority of  Celtic lands. The church decides to throw a third and fourth holiday into the mix, All Souls Day and All Saints Day.

According to The History Channel, “It’s widely believed today that the church was attempting to replace the Celtic festival of the dead with a related church-sanctioned holiday.”

Citizens eventually took to calling the night before celebrations for All Saints Day started All-Hallows Eve. A night that in the future would come to be called Halloween.

Halloween hit a rocky start when it first debuted in the Americas due to the strict Protestant beliefs of the New England colonies. Although the holiday was somewhat known in the southern colonies, with festive neighborhood gatherings to celebrate the harvest, it didn’t gain much popularity until later in our history, when early Irish immigrants fleeing the Potato Famine helped to normalize the traditions.

Within the next hundred years or so, a new kind of Halloween began to emerge. By the 1800’s America is seen to be actively moving away from the old “Halloween” traditions of pagan witchcraft, ghosts, and trickery and into our modern community celebrations of parades, candy, and parties.

The most haunted places in St. Louis

Lemp Mansion: St. Louis, Mo – A historical home and hotel where four members of the Lemp family committed suicide and two died under suspicious circumstances. The home is believed to be haunted.

The Exorcist House And Alexian Brothers Hospital: Bel-Aire, Mo & St. Louis, Mo – The three-month exorcism of 14-year-old Roland Doe that took place in these two locations during 1949 inspired the popular book and horror movie “The Exorcist.”

Zombie Road: Wildwood, Mo –  A supposedly haunted trail with tales of phantom children, shadow people who watch you from the edge of the woods, and tortured spirits surrounding the trail with an air of chilling mystery. 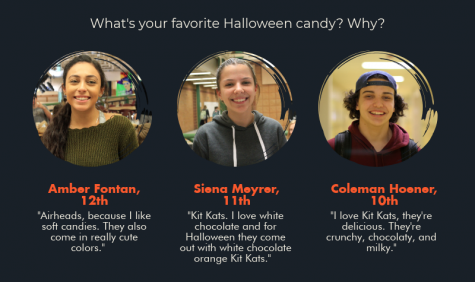 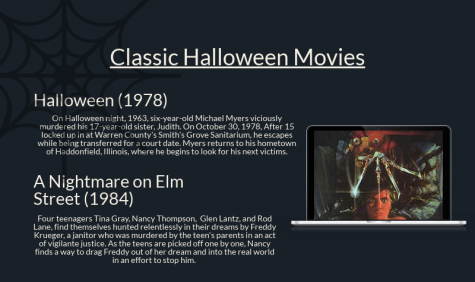 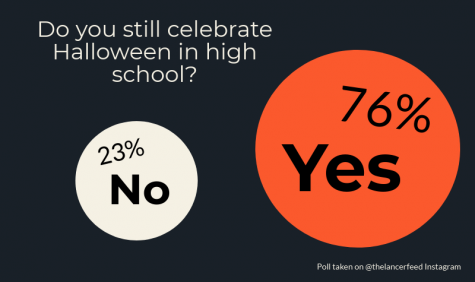 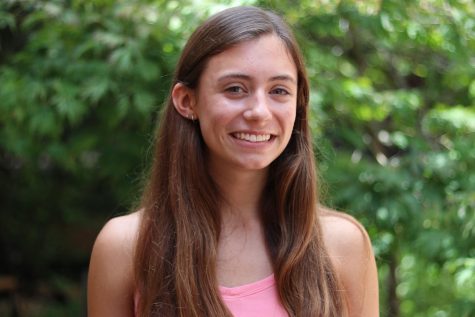 Grace Kirtley is a senior, and this is her third year on staff. She runs Lafayette Cross Country and Track and is a big fan of music and reading. Her favorite food is ice cream. Grace can be contacted at [email protected]